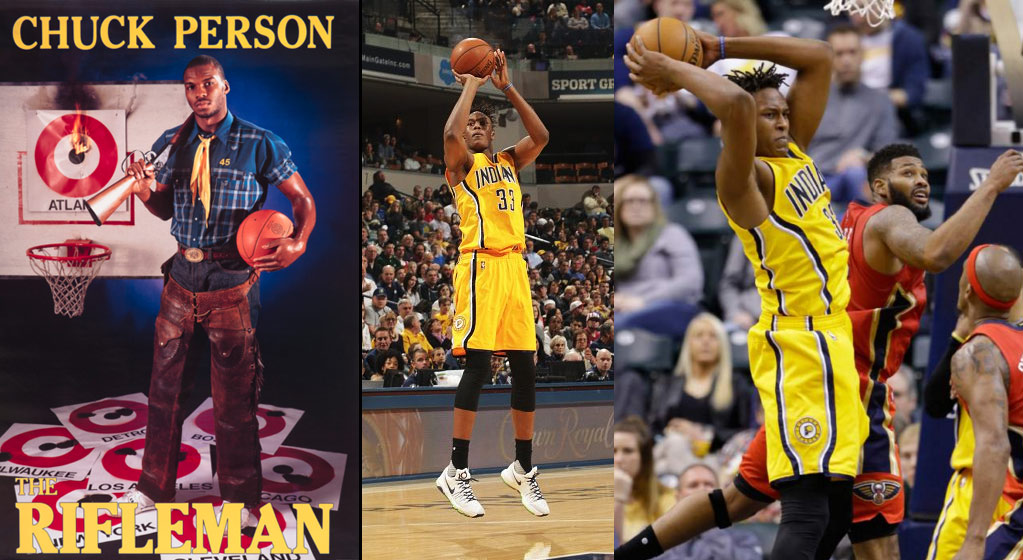 On Thursday, rookie sensation Myles Turner turned 20 years old and became the first Pacers rookie with a 20 point/15 rebound games since the Rifleman, Chuck Person, did it way back in 1987 – 9 years before Myles was born.

Turner scored a game-high 24 points on 11 of 17 shooting, grabbed a career-high 16 boards and swatted 3 shots in just 33 minutes during the Pacers 92-84 win over the Pelicans.

“I was really trying to get 20 points and 20 rebounds,” Turner said. “The big thing for us tonight was that we knew they were short-handed but, because of that, we also knew we had to match their intensity and get this win.”

Turner reacts to his dad reacting to his son's key plays against the #Pelicans. @Pacers #Pacershttps://t.co/tdQilxpQfZ