I called the 11th pick of the draft a steal on draft night. I called the Texas kid a combination of LaMarcus Aldrdige and DeAndre Jordan after he scored a career-high 25 on 11 of 13 shooting earlier in the week. Now I’m going to call Myles Turner a potential rookie of the year candidate if he continues to get the minutes and touches he’s been getting in the past 3 games.

On Friday, Turner scored a new career-high of 31 points and also grabbed a career-high 8 boards and 2 blocks in just 28 minutes vs the Warriors! Along with Joey Buckets, the young duo also set a franchise record for most combined points (47) by a rookie duo. 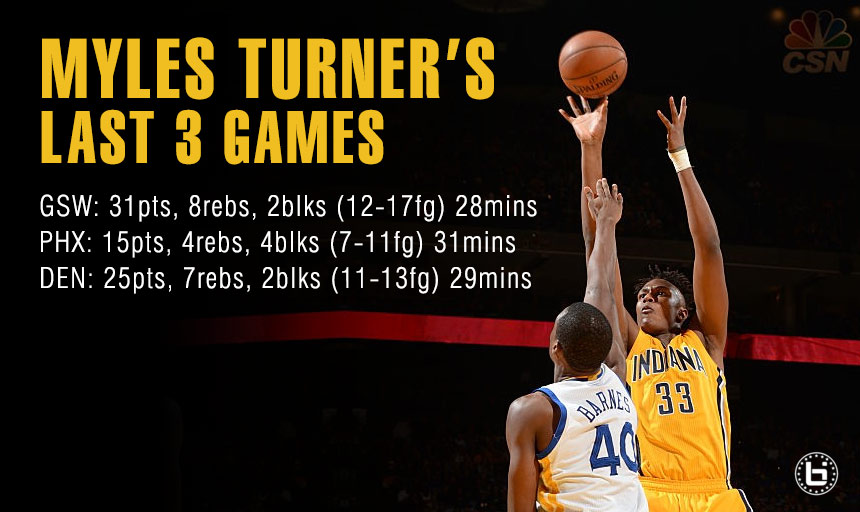