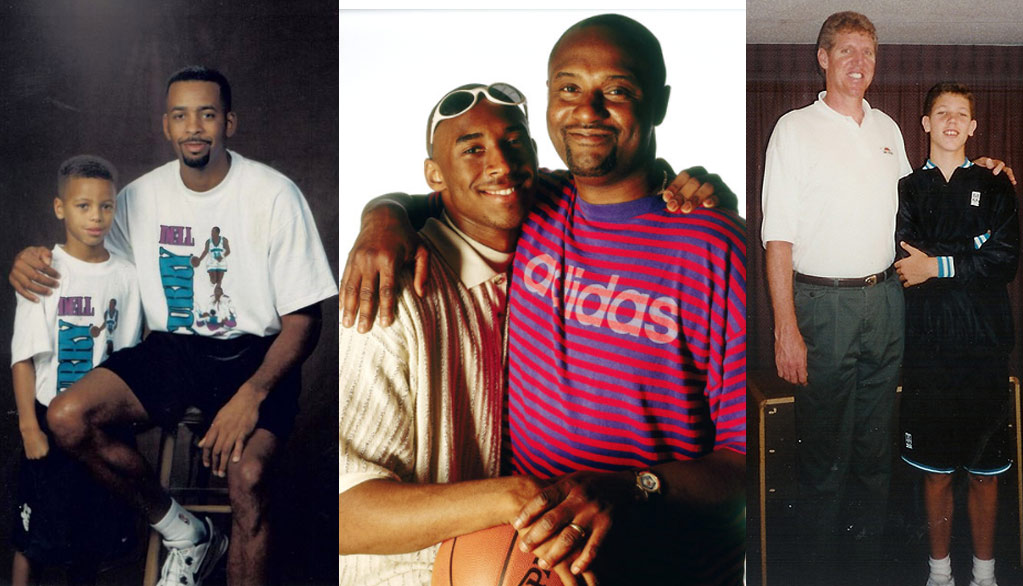 Most Successful NBA Father and Son Combos Ever

Hoops Fun compiled a list of the “Five Most Successful NBA Father and Son Combos” ever.

If you go by just rings, the Bryant family wins just because of Kobe; If you go by MVP awards, the Curry family wins  just because of Steph (FYI: Kobe should have won more than one); If you go by All-Star games then once again the Bryants win just because of Kobe. My personal pick for most successful goes to the Curry duo because of how valuable Dell was on multiple teams during his 16 years in the NBA and I don’t have to say much about Steph. My runner-up would be the Thompsons because Klay is Klay and his father, who was the first pick in the 1978 draft, was an underrated player during his eight seasons in Portland (averaged 20 points & 12 boards in 1981) before he became an important role player on the Showtime Lakers.

Other father and son duos worth mentioning are the following.

And here’s a few father and son duos you might be seeing on this list in the near future.