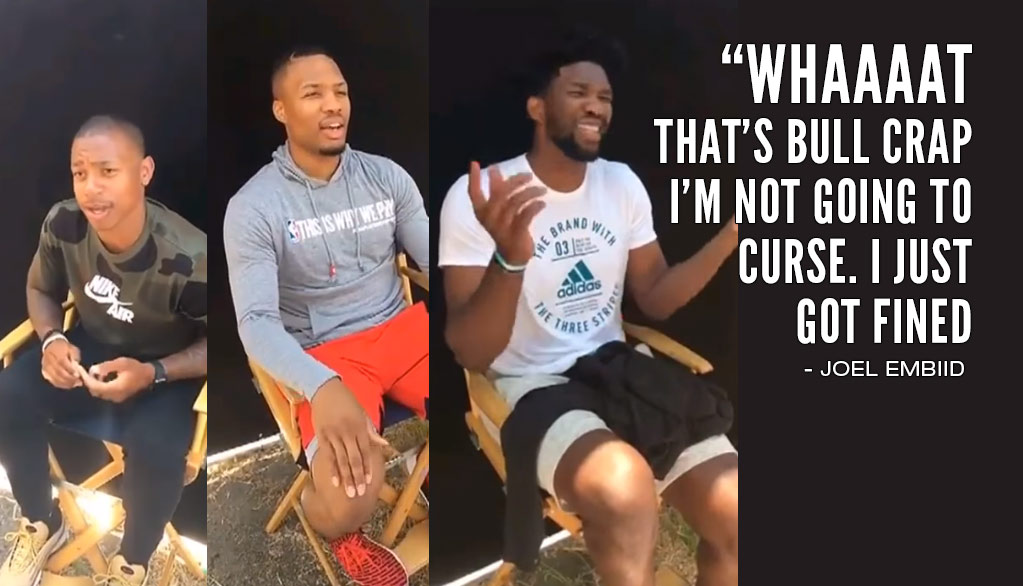 NBA2K18 cover athlete Kyrie Irving was a little shocked to hear he his 2K rating was just a 90 — four less than he expected, one ...(Read more)

NBA2K18 cover athlete Kyrie Irving was a little shocked to hear he his 2K rating was just a 90 — four less than he expected, one less than 2K17 cover athlete Paul George and one more than Damian Lillard and Isaiah Thomas. And big man Joel Embiid thought it was “bull crap” when he found out he was given an 86, which is five less than Karl-Anthony Towns. And you can bet over the next month as 2K starts releasing the rest of the ratings, you will be hearing a lot of players dropping F-bombs and hilarious tweets online as they complain about their scores being too low.

Before you start complaining about the scores being too high or too low, keep in mind there were only five players who finished last season with 95 or more: LeBron was the highest with 97, James Harden, Russell Westbrook and Kawhi Leonard were at 96 and Steph Curry had 95.  So unless you are a MVP candidate near the end of the season, you aren’t going to be a 95.

As we wait for the next round of ratings and reactions, you can check out what players had to say last year about their 2K17 ratings or scroll down for some of the early chatter about 2K18 ratings, including a video showing the rookie class answering what they think their rating should be.