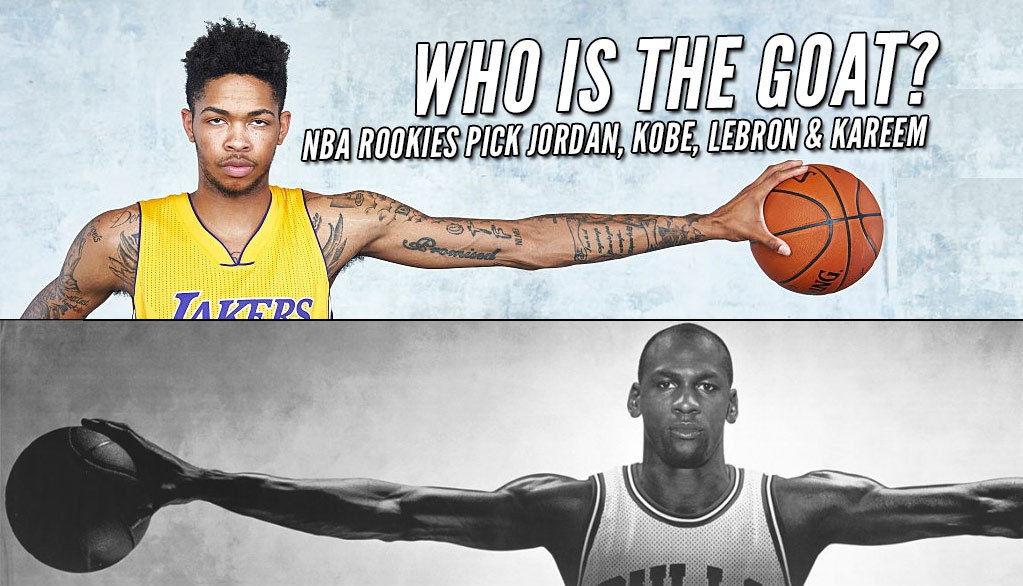 Bleacher Report caught up with a few of tomorrow’s NBA stars at the Panini NBA Rookie Photo Shoot in New York and asked them about seeing ...(Read more)

Bleacher Report caught up with a few of tomorrow’s NBA stars at the Panini NBA Rookie Photo Shoot in New York and asked them about seeing themselves on a NBA card and how they will react when they see themselves on a meme next season. Most of them didn’t sound too excited about seeing themselves on a basketball card because the last time trading cards were cheap and really popular among kids was in the late 90s/very early 00s when Upper Deck, Topps, Fleer and Hoops were also making basketball cards. Most of these rookies, with the exception of 30 year old Thon Maker (just kidding!), were babies when everybody was trying to get a Topps Chrome Kobe rookie.

One of the most interesting questions they did get excited about was, “Who is the GOAT?”

Bender: Michael Jordan. But growing up in Croatia, I was always watching Toni Kukoc and trying to model my game after him.

Chriss: LeBron James is a really great player. I think it’s split between him and Michael Jordan.

Dunn: It would probably be Kobe Bryant. Growing up, some people said Michael Jordan, but I never really got to watch Michael Jordan, because that wasn’t my era. He probably was [the greatest of all time]. I’ve seen some highlights of him going crazy. But my era is Kobe Bryant, and you have to respect his greatness.

Ingram: Everybody will say Michael Jordan, and I think that’s my pick, too. He did things that no one else could do. He won six championships. He was an overall great player, so I think it’s Michael Jordan.

Maker: I’ve seen so many videos and clips of guys who have been the most dominant or labeled as the most dominant. It’s really hard to pick one because you can look at it in different ways, through championships or individual dominance. So it’s really tough, but I’ll always have Jordan up there because winning isn’t easy. But it’s crazy to pick just one.

The answers aren’t surprising considering they weren’t alive when MJ was dominating the league and kids were rushing to Sportscard stores (yes, they once existed in every city) to pick-up more Jordan cards. At least they didn’t say they could beat MJ 1-on-1 like a few youngsters did at the 2013 Jordan Brand Classic.