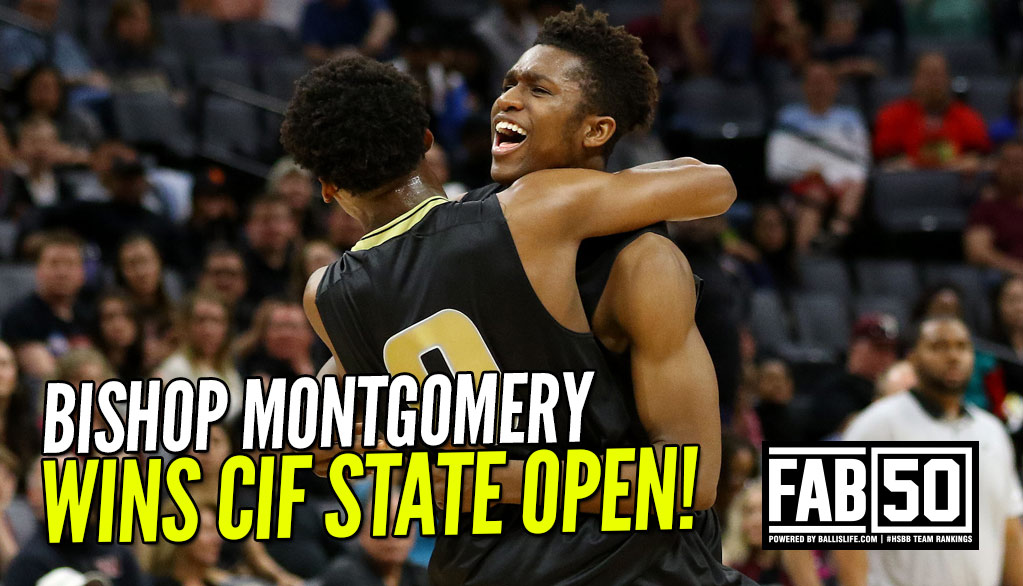 State champions have been crowned in all 50 states and it created some movement in the second-to-last 2016-17 edition of the FAB 50 National Team Rankings ...(Read more)

State champions have been crowned in all 50 states and it created some movement in the second-to-last 2016-17 edition of the FAB 50 National Team Rankings powered by Ballislife.com. Three undefeated teams went down in state championship games in Ohio, Michigan and Minnesota, respectively, and there are three newcomers, including state champions from two of those states, plus Indiana. There are only seven high school basketball games left this season taking place at Dick’s Nationals in New York, March 30-April 1.

The highest ranked team to lose was previous No. 9 Archbishop Moeller (Cincinnati, Ohio), which fell to talented Jackson (Massillion, Ohio), 39-38, in the Ohio Division I state title game before 11,750 fans at Value City Arena. Butler-bound Kyle Young of Jackson (our highest rated Ohio team in the preseason FAB 50 at No. 43) made his first of two free throws with 3.6 seconds left to account for the final points of the game, as Moeller’s last-second heave was off the mark. Jackson was this week’s highest rated newcomer at No. 33, while Moeller fell out of the top 10 to No. 37 with its lone loss.

Grand Rapids Christian (Grand Rapids, Mich.) was up to No. 18 in last week’s FAB 50, but it came crashing down with a 75-69 loss to No. 35 Clarkston (Clarkston, Mich.) in the Class A state title game at the Breslin Center. Foster Loyer led longtime Clarkston coach Dan Fife to his first state title by scoring 29 points. Clarkston (which began the season No. 33 in the FAB 50) shot up to No. 19 this week, while the Eagles fell to one spot behind Champlin Park at No. 40.

The highest ranked team to win a state title last week was two-loss and No. 7 Bishop Montgomery (Torrance, Calif.), which defeated No. 36 Woodcreek (Roseville, Calif.) in the CIF Open Division state title game, 74-67, behind 26 points from Oregon St.-bound Ethan Thompson. The Knights lost to an unranked club to begin the season, but in the post-season defeated No. 12 Mater Dei (Santa Ana, Calif.) twice, No. 18 Chino Hills (Chino Hills, Calif.) and No. 21 Sierra Canyon (Chatsworth, Calif.) in addition to the Timberwolves.

Bishop Montgomery did not lose to a team from Southern California and its only other loss was to No. 5 Montverde Academy (Montverde, Fla.), one of seven FAB 50 ranked teams and one bubble club still playing this season at Dick’s Nationals, set for March 30-April 1 at Christ the King (Middle Village, N.Y.).