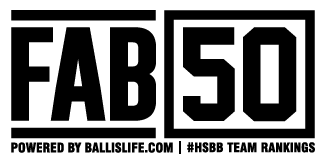 La Lumiere (La Porte, Ind.) has a firm grip on the top spot in the FAB 50 National Team Rankings powered by Ballislife.com, but who is ...(Read more)

La Lumiere (La Porte, Ind.) has a firm grip on the top spot in the FAB 50 National Team Rankings powered by Ballislife.com, but who is No. 2 is a bit more open for interpretation. Read on to see who the three newcomers are and why two-loss Memphis East (Memphis, Tenn.) comes in right behind La Lumiere, for now. There are big games on tap over MLK weekend at the Bass Pro Shops Tournament of Champions and the Hoophall Classic that are sure to shuffle next week’s rankings.

When sophomore sensation Chandler Lawson of Memphis East (Memphis, Tenn.) took a nifty pass from guard Alex Lomax and slammed it home in the final seconds to give his team a dramatic 75-73 win over Montverde Academy (Montverde, Fla.) in the marquee game of the ARS Rescue Rooter Penny Hardaway National Hoopfest in Memphis, it meant there was going to be some big changes in this week’s FAB 50 National Team Rankings powered by Ballislife.com.

Lawson finished with 14 points, while junior T.J. Moss had 16 points, including three 3-pointers for Memphis East, which came into the contest ranked No. 8 in the FAB 50. Montverde Academy was ranked No. 2 in the country, so the obvious question is which team should be the new No. 2, in light of the fact Montverde Academy defeated previous No. 3 IMG Academy (Bradenton, Fla.) in the semifinals of the City of Palms Classic in Ft. Myers, Fla. before the New Year.

After considering previous No. 4 Nathan Hale (Seattle, Wash.), we decided to move up the Mighty Mustangs all the way up from No. 8 to No. 2 to replace Montverde. Memphis East actually has split with Montverde Academy, as last weekend’s game was a rematch of the City of Palms championship game played on December 21 that the Eagles won 57-54 to give coach Kevin Boyle his fourth title at that prestigious tournament in the past seven seasons. Hale has a legit argument to be No. 2, but it’s all about who can maintain the ranking and in order for Memphis East to stay at No. 2 ,it may have to beat Montverde Academy in a rubber match at the Bass Pro Shops Tournament of Champions in Springfield, Mo., this weekend.

Memphis East has the hardest draw in the tournament field, as it must get by battle-tested and FAB 50 No. 37 Greenforest Christian Academy (Decatur, Ga.) in the first round to advanced to the much-anticipated semifinal round. If the rankings hold to form, the Friday the 13th semifinals are slated to be No. 2 Memphis East vs. No. 3 Montverde Academy for the third time this season and No. 6 Sierra Canyon (Chatsworth, Calif.) vs. No. 7 Findlay Prep (Henderson, Nev.) on the other side of the bracket. Only if it can survive that three-game slate will Memphis East deserve to stay No. 2. It would also look great for the Mighty Mustangs to win the tourney and if Sierra Canyon were to go on to beat FAB 50 No. 1 La Lumiere (La Porte, Ind.) on MLK Monday (5 pm ET, ESPNU) at the Spaulding Hoophall Classic in Springfield, Mass.

The Lakers grip on the top spot was strengthened when it dispatched Findlay Prep, 69-54, in the marquee matchup at the Cancer Research Classic in Wheeling, W. Va. The Pilots, however, only drop two spots and we considered leaving them in front of No. 6 Sierra Canyon. The Pilots routed No. 8 Oak Hill Academy (Mouth of Wilson, Va.) while Sierra Canyon beat the Warriors in a close game. The only loss for Sierra Canyon was a two-point (67-65) setback to No. 5 Nathan Hale.

From a rankings perspective, the other big televised Monday MLK game from the Hoophall Classic is Montverde Academy vs. No. 15 Bishop Montgomery (Torrance, Calif.) at 3 pm ET. The Knights have not played the national caliber competition of the teams ranked ahead of them, so a Montgomery win would shake up the rankings, especially if Montverde Academy were to beat Memphis East for the second time in three tries and/or head to Massachusetts as the Bass Pro TOC champ.

As is our tradition every year, next week’s FAB 50 is scheduled for Tuesday, January 17 after all the MLK results from around the country are tabulated and analyzed.