The frustration over losses, minutes and touches has been been building up in Nick Young and a questionable flagrant foul 2 by Anthony Tolliver on Sunday was the final straw for Swaggy P.

After being fouled on a dunk attempt, Young got up and pressed his forearm into the the throat of Tolliver.  He was quickly pulled away and ejected from the game.

“It’s tough,” said Young who finished the game with 0 points in 7 minutes. “There’s a lot of frustration. It’s a struggle and it’s building up. Everything happened on that play. He just happened to be the one that sparked the incident.”

After the game, Coach Byron Scott commented on the play and Young’s “overreaction.”

“Tolliver didn’t really go after him, I thought,” Scott said. “I just thought he went up and tried to contest his shot. He wasn’t going to give him a layup. … I thought he probably overreacted a little bit.”

Young doesn’t expect to be suspended by the league for his actions.

“I didn’t punch him or nothing,” Young said. “I pushed him. It shouldn’t be that bad.” 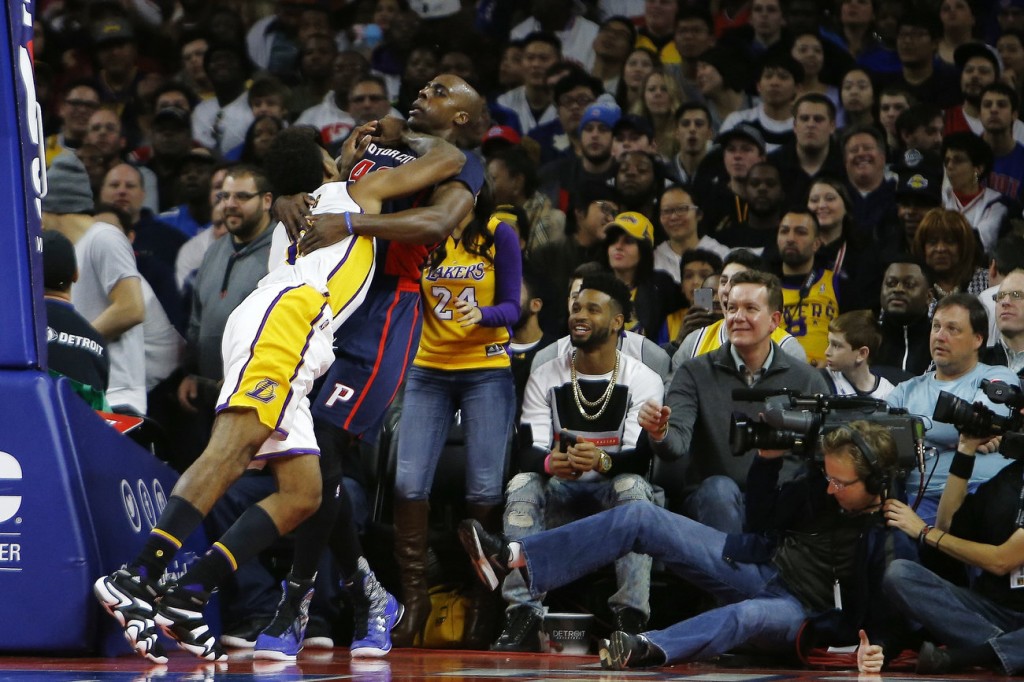 FLASHBACK: YOUNG & LEN GET INTO A FIGHT OVER FLAGRANT