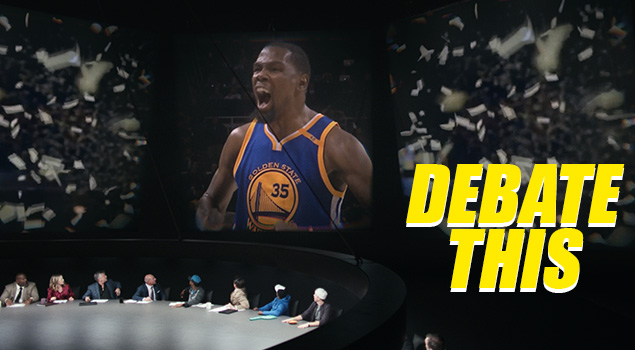 Immediately after securing the 2017 championship, Nike wasted no time in celebrating finals’ MVP Kevin Durant’s first championship. With the ad campaign titled. “DEBATE THIS” you’ll find a bunch of loud-mouthed know-it-alls who talk about KD’s up and down career from the jump. Given the fact the know-it-alls always got something to say even though they’ve probably never stepped foot on the hardwood. The nay sayers have nothing to say now with a championship under Durant’s belt now. Watch the tv spot for ‘DEBATE THIS’ above, and watch the KD X launch below.

Plan on copping the KD 10? Get yourself some socks to go with them kicks here.