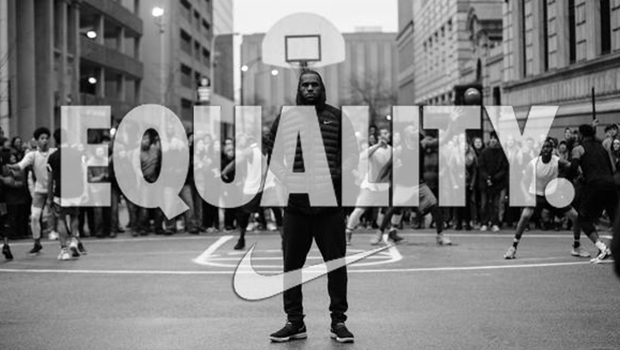 Sports is more than just a competitive field. Sports has the power to intertwine individuals from all walks of life. Sports also gives individuals the platform ...(Read more)

NIKE USES THE POWER OF SPORT TO STAND UP FOR EQUALITY

Sports is more than just a competitive field. Sports has the power to intertwine individuals from all walks of life. Sports also gives individuals the platform to speak up on certain issues that they believe in.

Nike has just released a short film about equality. Standing up for what they believe in and what they stand for. Other than their respective sport, these athletes stand for more than a championship or wins and statistics. They utilize their talents and gifts to inspire others while using their platform to share their message & let their voices be heard in hopes of inspiring others off the court/field.

Nike has a long history of speaking up for causes that reflect its values.  The film will air during the broadcast of the Grammys’ this evening and then again next weekend during NBA All-Star.

Take another look at some behind the scenes footage of what some of Nike’s athletes had to say about equality & how it intertwines them & their respective sport.