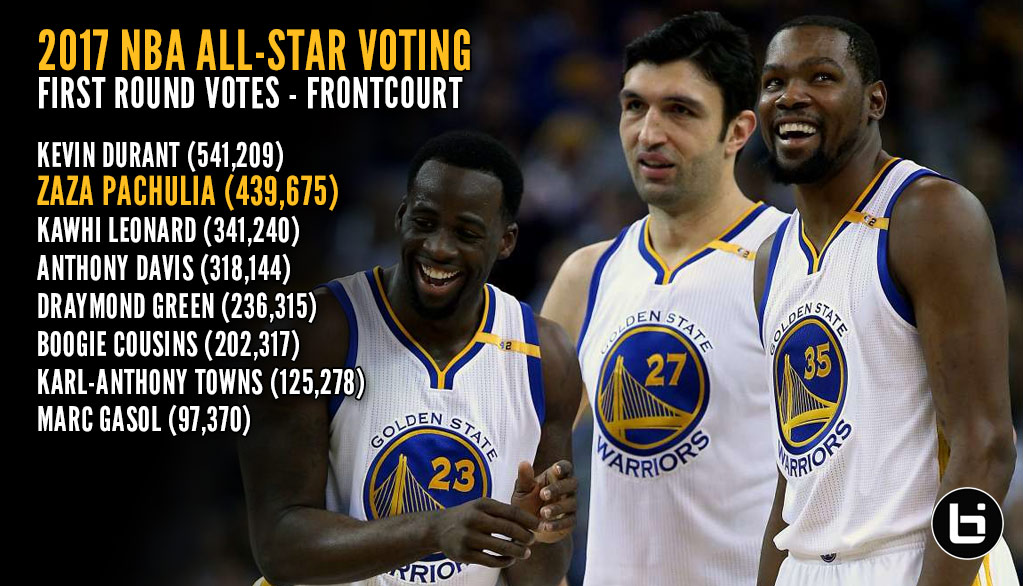 Thanks to Wyclef Jean and the people of Georgia, Zaza Pachulia almost became a NBA All-Star last year. We all laughed, the NBA messed around ...(Read more)

Not Again! Zaza Pachulia Is Currently A Starter On The 2017 West All-Star Team

Thanks to Wyclef Jean and the people of Georgia, Zaza Pachulia almost became a NBA All-Star last year. We all laughed, the NBA messed around with the voting process and assumed a threat like that will never happen again. Well, the NBA released the first run votes for the 2017 NBA All-Star team and the Warriors center is currently a starter on the Western All-Star team. Yes, he has more votes than Anthony Davis, Kawhi Leonard, Boogie Cousins, Karl-Anthony Towns, Marc Gasol, etc, etc, etc, etc, etc.

As annoyed as the casual basketball fan is, it’s probably nothing compared to what Andrew Bogut is feeling right now. Everybody knows the former Warriors’ center and current Mavs’ 6th Man hasn’t had the most fun time playing in Dallas this season and there’s a good chance he and his expiring contract will be shipped off somewhere else, sometime soon.

Back to Zaza, if you were wondering what type of numbers he’s been putting up this season. He’s averaging 5.2 points and 5.8 rebounds (both stats are the lowest since 2011) while shooting .516 (career-high).