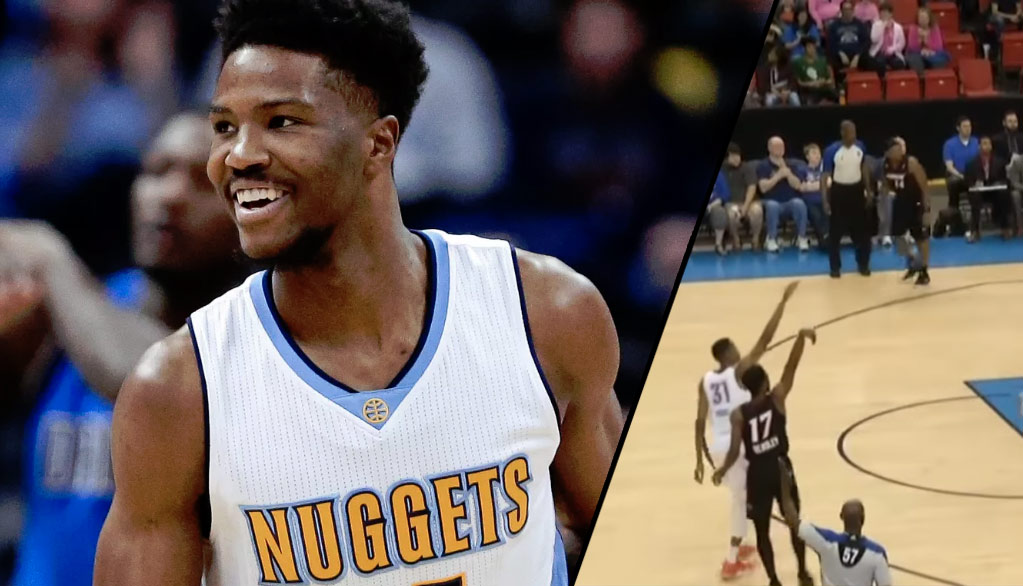 Check out Nuggets rookie and former Ballislife All-American (and fellow Seminole) Malik Beasley racking up 32 points, 19 boards, 7 assists and 5 threes for the Sioux Falls Skyforce in a D-League game on Thursday. 12 of those 32 points and 11 of those 19 boards came during an explosive first quarter.

Explosive is word I often find myself using when talking about his game too. He hasn’t found his way into the Denver rotation yet but did recently show Ivica Zubac how explosive he is when he posterized the Lakers’ center.

And here’s some bonus footage of Beasley throwing down dunks in high school and at our All-American Game.