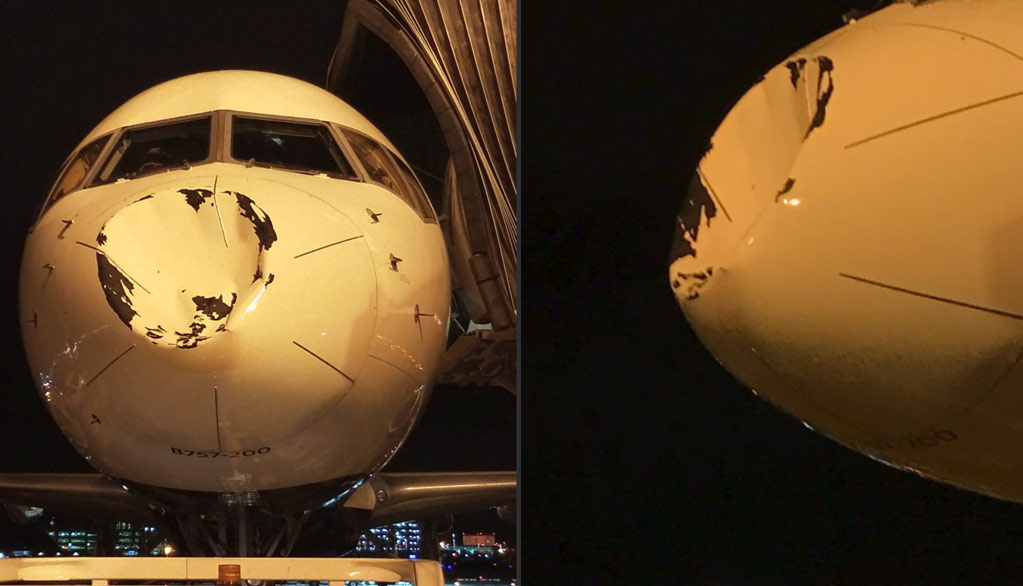 Imagine the fear of getting off a plane, looking back at it and noticing a huge amount of damage that happened while you were 30,000 feet in the dark night. That feeling was felt by the OKC Thunder players when they landed in Chicago early Saturday morning.

“What possibly could we have hit in the sky at this time of night? Everyone is safe, though. All praise due #ThunderStrong” Said Carmelo Anthony via his Instagram account.

Steven Adams tweeted: “Hey NASA, Neil deGrasse Tyson, Bill Nye The Science Guy, we had a rough flight to say the least. 30,000 feet in the air. Flying to Chicago. What caused this?”

Josh Huestis, Russell Westbrook and Terrance Ferguson posted pics and “thankful” messages on their social media accounts while Patrick Patterson shared a video, blaming the the dent on Superman.

So what exactly did happen? According to a Delta Airlines Spokesperson to The Oklahoman, it was a bird!

“Delta flight 8935, operating from Minneapolis to Chicago-Midway as a charter flight for the Oklahoma City Thunder, likely encountered a bird while on descent into Chicago. The aircraft, a Boeing 757-200, landed safely without incident; customers have since deplaned and maintenance teams are evaluating. Safety is Delta’s top priority.”

Two things immediately popped up in my head when I saw the plane photos. The first is the awesome George Miller-directed story from the 1983 Twilight Zone: The Movie titled Nightmare at 20,000 feet. In the remake of the famous William Shatner episode from the original TV show, John Lithgow tries to convince the rest of the airline passengers there’s a monster causing damage to the wing of the plane. No one believes him until they land and see the shocking damage.

The other thing I thought of is this will replace Russell Westbrook’s face as the most shocking dent in Thunder history. 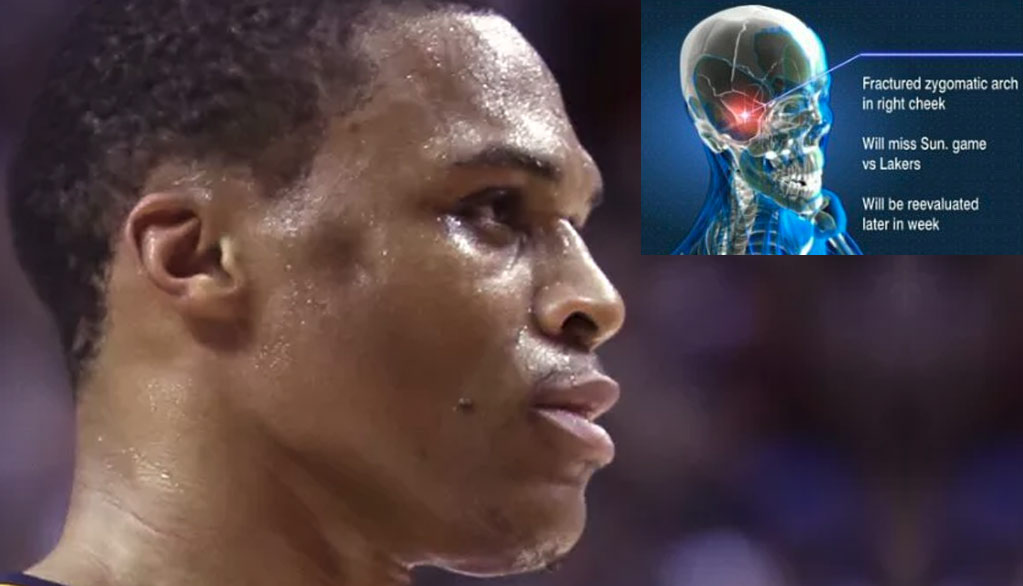