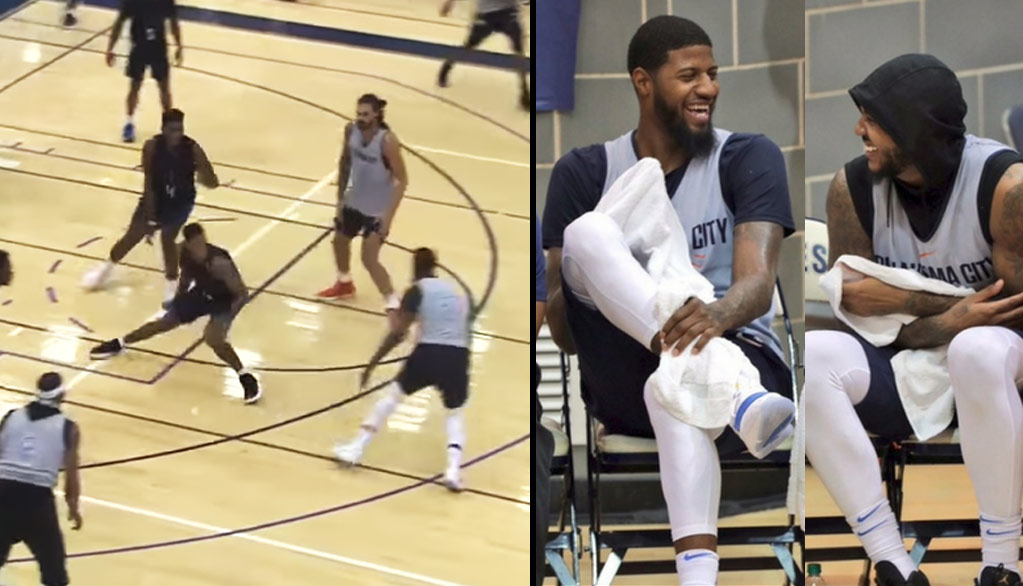 Paul George breaking ankles (8:57); Carmelo — with a hoodie but not wearing it on his head — going one-on-one and knocking down an and-one jumper ...(Read more)

Paul George breaking ankles (8:57); Carmelo — with a hoodie but not wearing it on his head — going one-on-one and knocking down an and-one jumper (12:10); Terrance Ferguson breakaway dunks (9:30); Terrance Ferguson behind the back pass to Paul George for a dunk (15:35); Steve Adams, lots of the remaining Stache Brother. The Oklahoma City Thunder’s Blue and White scrimmage on Sunday gave former KD fans a lot to be optimistic about the upcoming season.

To no surprise, the White team made up of starters and role players destroyed the Blue team of bench players and D-Leaguers 75-42. With Westbrook sitting out, George scored a game-high 30 points on 12 for 14 shooting.

Other highlights from the day included a tribute video to Westbrook, called “The Journey” and narrated by his younger brother, Ray.