Over 1,000 people showed up on Monday morning to the funeral of 16 year old Noah Lear. The Bucyrus High School junior fought for 18 days before passing away on March 16th from a freak basketball injury.

The accident happened on February 27th, when Lear attempted a dunk and broke a basketball hoop pole, causing the the structure to fall and land on his head and neck.  He was taken by helicopter to a hospital and later moved to a hospice center when doctors discovered he suffered brain damage.

“He called me a little bit after 7 p.m.,” Noah’s mother Melissa Griffin said. “He said, ‘Mom, I had an accident, I hurt my teeth.’ I told him to not worry about his teeth and asked where he was and he told me that the police were there and they were going to take him to the hospital.”

When Griffin arrived, her son had not arrived yet. Then she started hearing trauma calls over the hospital speaker.

“I didn’t even know what kind of accident he was talking about,” Griffin said. “Was it a car accident or what? Then I finally saw him and the bleeding was so bad and he just kept saying he was sorry. I told him he had nothing to be sorry for, he didn’t do anything wrong. He was just out being a good kid playing basketball with his friends.”

A GoFundMe page called “The Battle of Lear Fundraiser” has been setup for Lear to help pay for medical expenses. 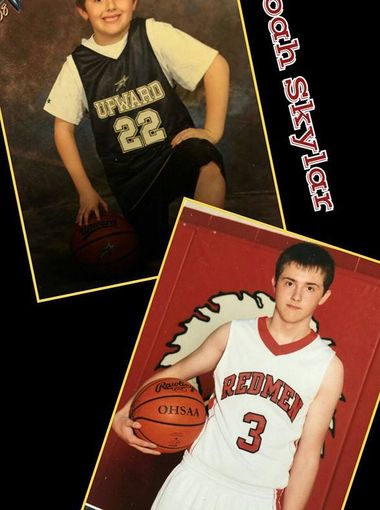