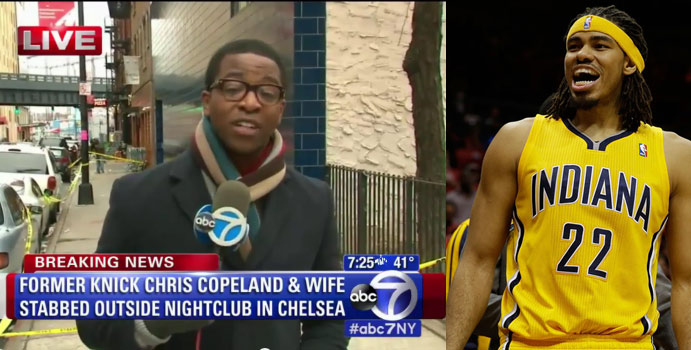 Hours after the Hawks set a franchise record with wins, 2 of them, Pero Antic and Thabo Sefolosha, ended their nights with a trip to the ...(Read more)

Hours after the Hawks set a franchise record with wins, 2 of them, Pero Antic and Thabo Sefolosha, ended their nights with a trip to the police station after getting arrested in New York and charged with obstructing governmental administration – they were supposedly preventing the police from setting up a crime scene. That crime scene was the scene of the Pacers Chris Copeland and his wife being stabbed and cut outside a Manhattan club.

Via The New York Daily News

The man who was arrested, Shezoy Bleary, 22, pulled out a knife and stabbed Copeland, 31, and slashed 28-year-old Katrine Saltara, described by investigators as Copeland’s wife, in the arm and leg, the sources said.

The second woman, Catherine Somani, 53, was slashed in the abdomen, the sources said.

The Pacers were in town to play Copeland’s former team.

Larry Bird and Hawks VP Garin Narian both released statements about the incident.

“We are aware that Chris Copeland was injured early this morning in New York City. We are still gathering information and will update when we know more. Our thoughts are with Chris and those injured.”

“We are aware of the situation involving Pero Antic and Thabo Sefolosha this morning,” Hawks Vice President of Public Relations Garin Narain said. “We are in the process of gathering more information and will have further comment at the appropriate time.” 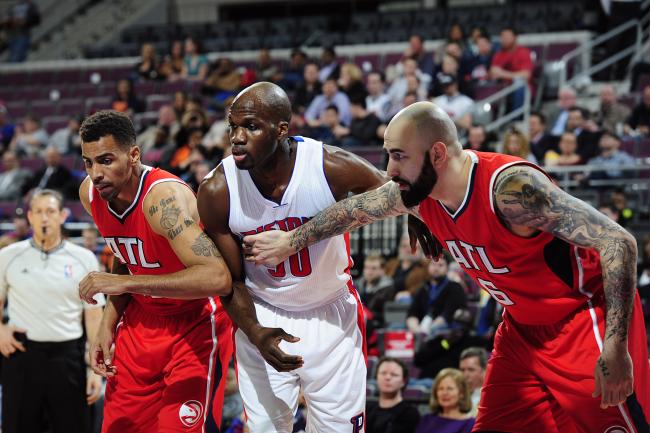 From my source close to Chris Copeland, Hawks players were shielding him from those crowding/taking photos. Police were in protective mode.