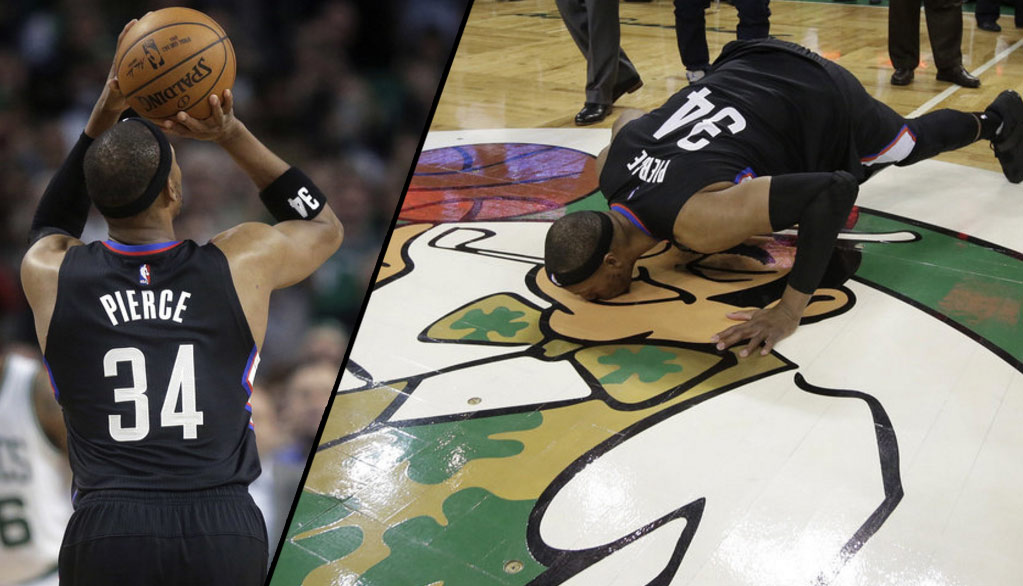 It seems odd to get emotional over a future Hall of Famer hitting a 3-pointer in the final seconds of a loss for his only points ...(Read more)

“I’m glad I was able to cap it off,” said Pierce, who was on the verge of having his first scoreless game in Boston before the final three. “At least I can say I put one last bucket in.”

And before the 39-year old Celtic legend took his last steps on the Boston floor, he walked up to the center court logo and gave the leprechaun one final kiss.

“I knew I wanted to give Lucky one last kiss,” said Pierce. “Lucky’s been through it all with me, the ups and downs. He helped me out on a couple of occasions.”