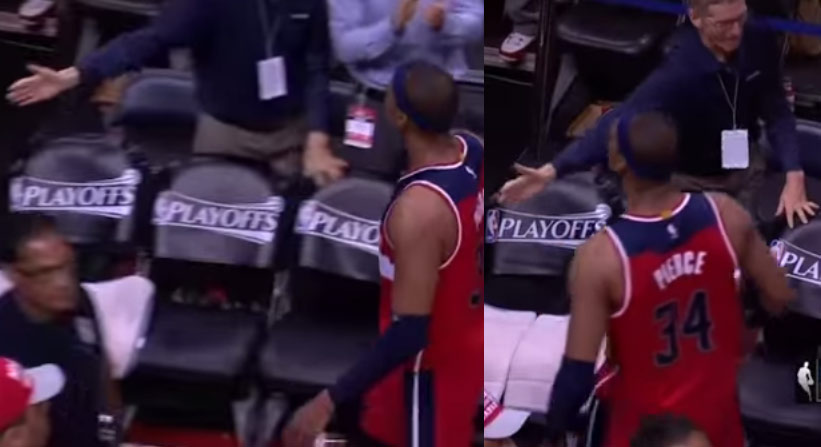 At the end of Game 3, Paul Pierce hit a lucky bank shot at the buzzer and called “game.” At the end of Game 4, Paul Pierce had the opportunity to play hero again but missed a wide-open 3.  Last night with 11 seconds left in Game 4, Pierce once again found himself in a situation to be the hero and buries a 3-pointer to give the Wizards a 1 point lead.  The Truth then looks at the Hawks bench, yells “SERIES,” runs over John Wall and then hilariously denies a fan some dap.

But the truth was the series was far from over for the Hawks as Al Horford turned into the last second hero when he flew over everybody for an offensive board and made a game-winning shot to give the Hawks a 3-2 lead in the series.

“I wasn’t supposed to be involved in the play at all,” Horford said. “When I saw the ball go up, I just ran in there.”

“We’re happy,” Horford said, “but we understand it’s one game.”

One game in one hell of a series.

Game 6 is Friday in Washington. 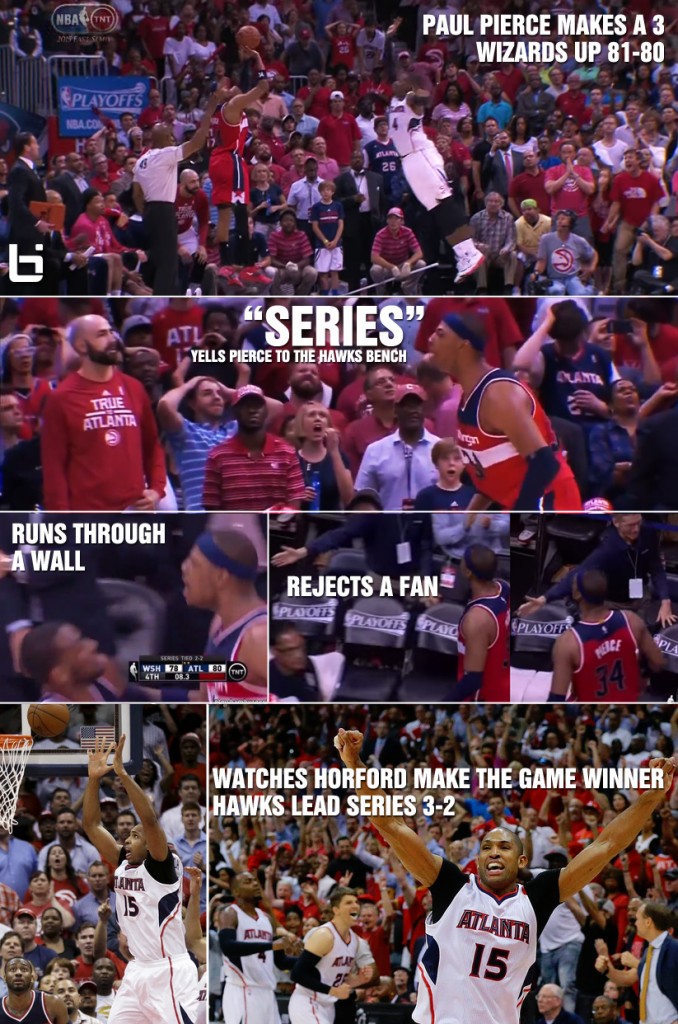