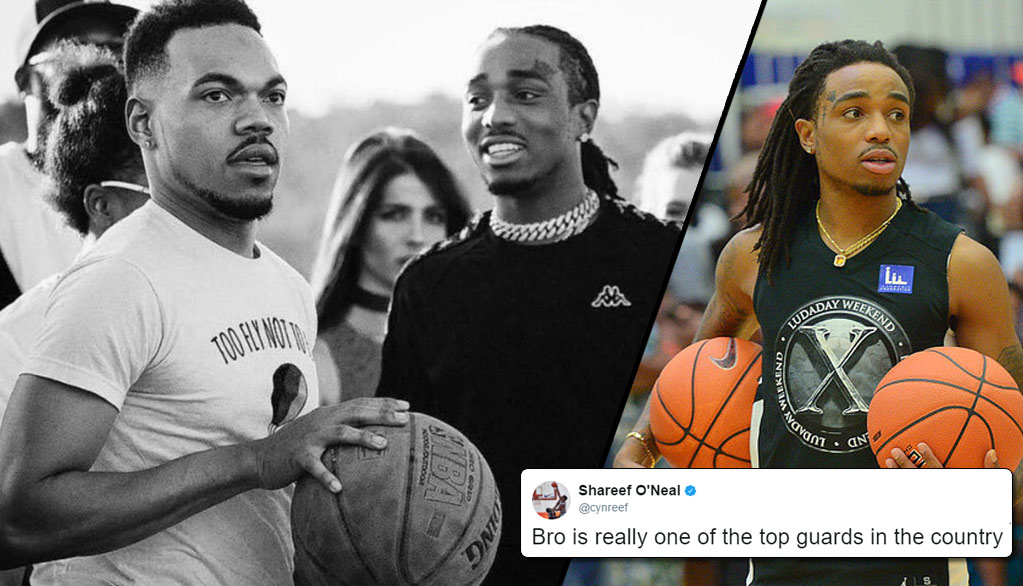 Quavo has game. Like he should be in the NBA Celebrity basketball game. Most of the sports world learned that over the past 24 hours as ...(Read more)

Quavo has game. Like he should be in the NBA Celebrity basketball game. Most of the sports world learned that over the past 24 hours as a video mix of him playing in a pick-up game with Shareef O’Neal went viral.

The hip-hop world has known about Quavo’s game for a while, from previous popular videos such as him and the rest of Migos playing a game of knockout with Myles Turner and Chance The Rapper for $100k!?

I can’t confirm they actually played for $100k but if they were, Offset has no business trying to play for that type of money.

There’s also this crazy video of Quavo, who was a standout quarterback in high school, throwing a football into a basketball court that’s probably at least 40 feet away.

And here’s a few bonus clips including Quavo playing in the 2015 Ludacris celebrity game, beating Torey Lanez 1-on-1 and Migos playing H-O-R-S-E against the Lakers’ Nick Young and Jordan Clarkson.