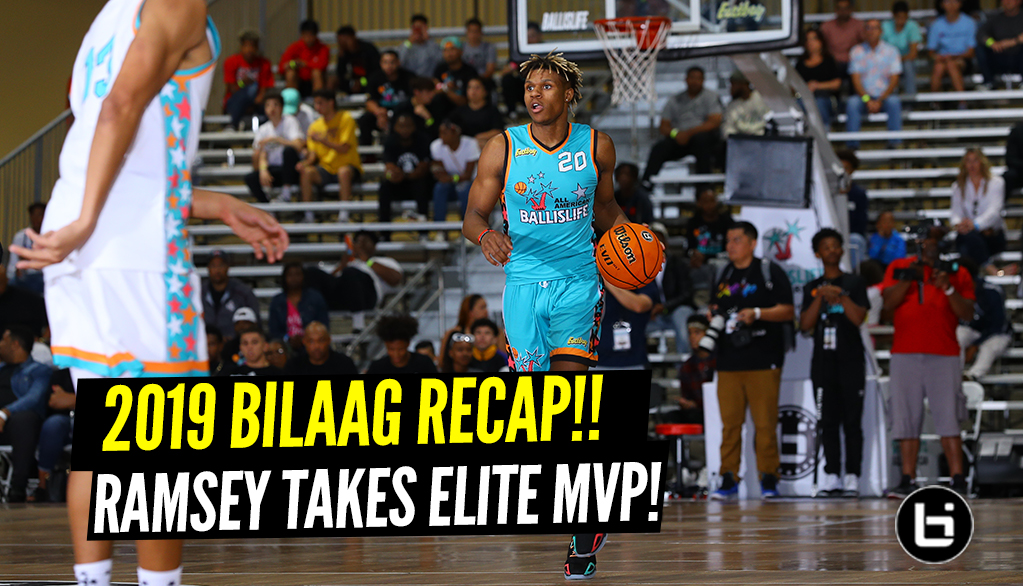 LONG BEACH, Ca. — Ballislife raised the bar with the 9th edition of its All-American Game. The event featured many of the country’s top senior basketball ...(Read more)

LONG BEACH, Ca. — Ballislife raised the bar with the 9th edition of its All-American Game.

The event featured many of the country’s top senior basketball players in a high-level game that saw Team Elite edge out Team Future, 123-122, at the Long Beach Entertainment & Convention Center.

While the game itself, the dunk contest and the three-point contest were the main reason why fans flooded the venue, it was the HoopCon aspect of the event that set it apart from other All-American experiences.

The perimeter of the site was filled with vendors, allowing fans to buy, sell and trade sneakers, and cop some some swag from companies like Ballislife, Eastbay and McDavid. And if those fans were brave enough, they could go up against the guys from Venice Basketball League in a variety of hoop competitions and 3-on-3 games.

The on-court festivities began with the 3-point contest won by uncommitted guard Boogie Ellis out of Mission Bay high school in San Diego.

The dunk contest came down to a slam-off between Duke-bound wing Cassius Stanley of Sierra Canyon and Arizona-signee Terry Armstrong of Bella Vista Prep. Armstrong took home the crown as the day’s best dunker with a variety of explosive slams, one of his most impressive coming when he caught a lob from Isaiah Mobley while at the same time jumping over the 6-foot-10 forward.

It didn’t take much time for the one-on-one battles to take form once the game started as Ellis and Tre Mann (The Villages Charter, FL) went shot-for-shot in the first five minutes. Mann ran off 10 quick points to Boogie’s six, each knocking down a couple of trey’s in the process.

The first quarter was a back-and-forth affair, but Ohio State-bound forward E.J. Liddell helped Team Elite take a four-point lead into the second quarter with a one-handed dunk through contact and completed the old-fashioned three point play at the charity stripe.

Elite came out on fire in the second quarter behind a couple of highlight reel dunks from Texas Tech-signee Jahmi’us Ramsey (Duncanville, TX) and Niven Glover (Oak Ridge, FL), and a handful of nifty passes from Trendon Watford (Mountain Brook, AL), to take a 42-28 lead early in the period.

Team Future got within six of Elite early in the third quarter on back-to-back buckets from Gonzaga-bound forward Drew Timme (J.J. Pearce, TX) and kept that momentum going throughout as a 3-pointer from Ellis cut Future’s deficit to three, 88-85, with 2:10 left in the third.

Team Elite took a 100-95 lead into the fourth quarter after Ramsey threw down a dunk on a lob to himself off the backboard.

The defense and intensity picked up in the last minute and a half as a top of the key 3-pointer from Mobley cut a six point Future deficit in half with 1:04 to play.

Jovan Blacksher (Shadow Mountain, AZ) was fouled with eight seconds left and sank both free throws to bring Future to within one of Elite, 123-122, but Future couldn’t force the turnover needed to get the final look it needed.