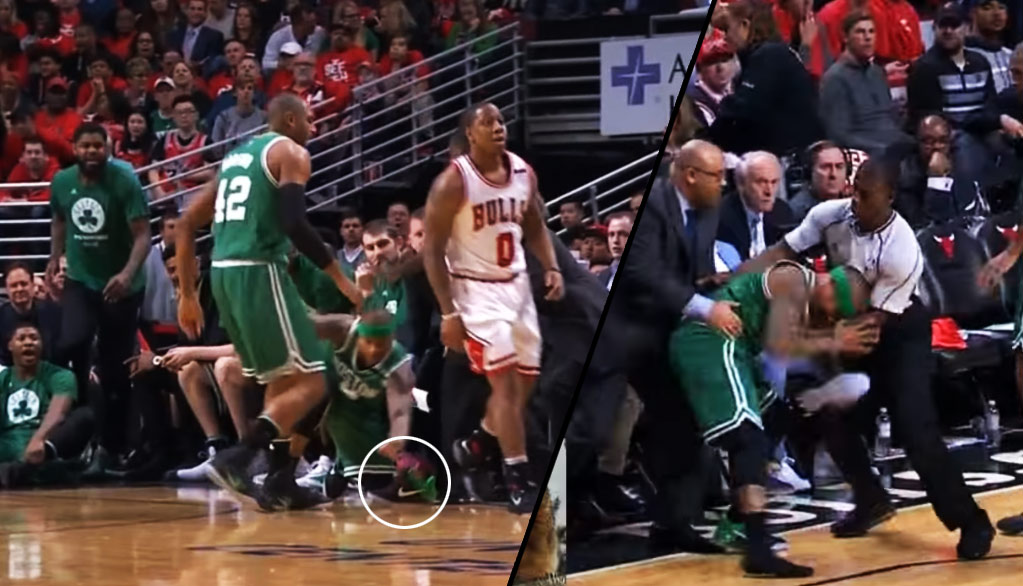 I’m convinced if the Bulls wouldn’t have fell apart in the series and there was a Game 7 to be played, Isaiah Thomas and Isaiah Canaan would probably ...(Read more)

I’m convinced if the Bulls wouldn’t have fell apart in the series and there was a Game 7 to be played, Isaiah Thomas and Isaiah Canaan would probably end up in a scuffle (not a fight, those don’t exist in the NBA anymore). I’m assuming the ref in Game 6 felt the same way when he quickly pushed Thomas after Canaan pushed Thomas to the floor. As Mark Jackson pointed out to JVG in the video, Thomas was just trying to pick up his shoe. He knows better than to get into a scuffle and risk a suspension when you are up by almost 20 in an elimination game. And to make it clear, I’m not blaming the ref for his quick reaction, I’m just laughing about the entire sequence.

Thomas finished the game with 12 points, 6 assists and 5 boards in just 26 minutes. He will fly home for the funeral of his sister on Saturday and coach Brad Stevens said he is OK with Thomas skipping Game 1 on Sunday. I have a feeling we will be seeing Thomas in uniform on Sunday.