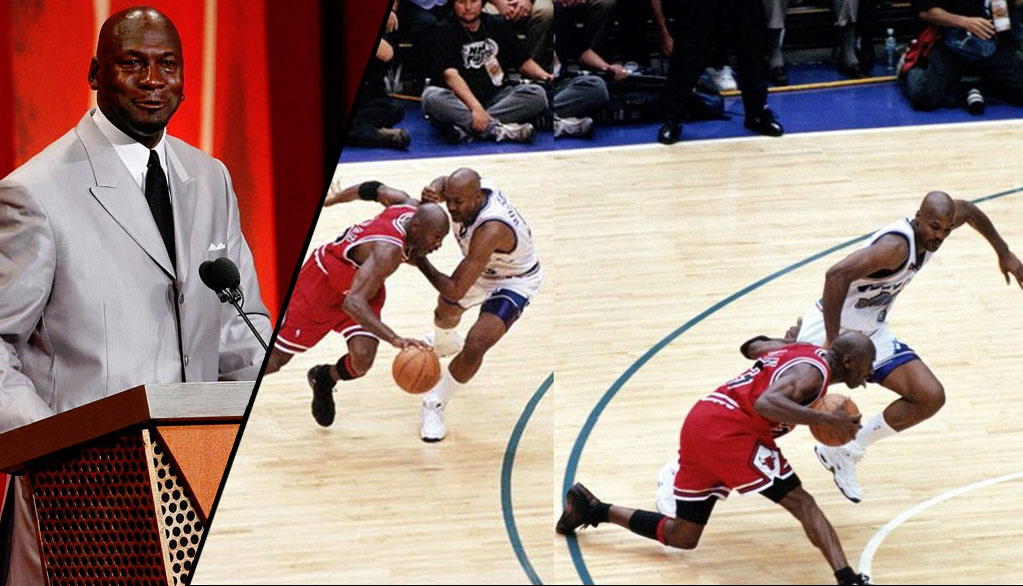 The Last Shot. Michael Jordan’s game-winning shot in Game 6 of the 1998 NBA Finals is one of the most memorable shots in NBA history. It’s ...(Read more)

The Last Shot. Michael Jordan’s game-winning shot in Game 6 of the 1998 NBA Finals is one of the most memorable shots in NBA history. It’s the shot most NBA fans wanted to be Jordan’s last shot of his NBA career. It was a shot that shouldn’t have counted because the GOAT pushed off. I know it. You know it. MJ knows it. And Bryon Russell sure the hell knows it and is reminded of it every single day.

Back in 2009, Jordan brought up Russell’s name during his infamous Hall of Fame enshrinement speech, telling a story about how Russell challenged him during his baseball days and how he made sure to remind Russell of that challenge every time they met after he returned to basketball.

“When I did come back in 1995 and we played Utah in ’96, I’m at the center circle and Bryon Russell is standing next to me. I said, ‘You remember the comments you made in 1994 about, ‘I think I can guard you, I can shut you down, I would love to play against you? Well, you about to get your chance.’

Jordan also said if he ever sees Russell wearing shorts, he’s “coming at him.” That challenge didn’t sit well with Russell, who responded by issuing a 1-on-1 challenge to Jordan.

“I’ll play his ass right now,” Russell told Yahoo! Sports. “This is a call-out for him to come play me. He can come out here in his private jet and come play. He’s got millions of dollars. He can pay for the jet. He can meet me at the Recreation Center in Calabasas.

He even went as far as saying he would “whoop Mike’s ass!”

As expected, Jordan never accepted Russell’s challenge but over the past years we have heard many more people acknowledge Russell was robbed and MJ got away with an offensive foul. Even Coach Phil Jackson tweeted about it in 2013. 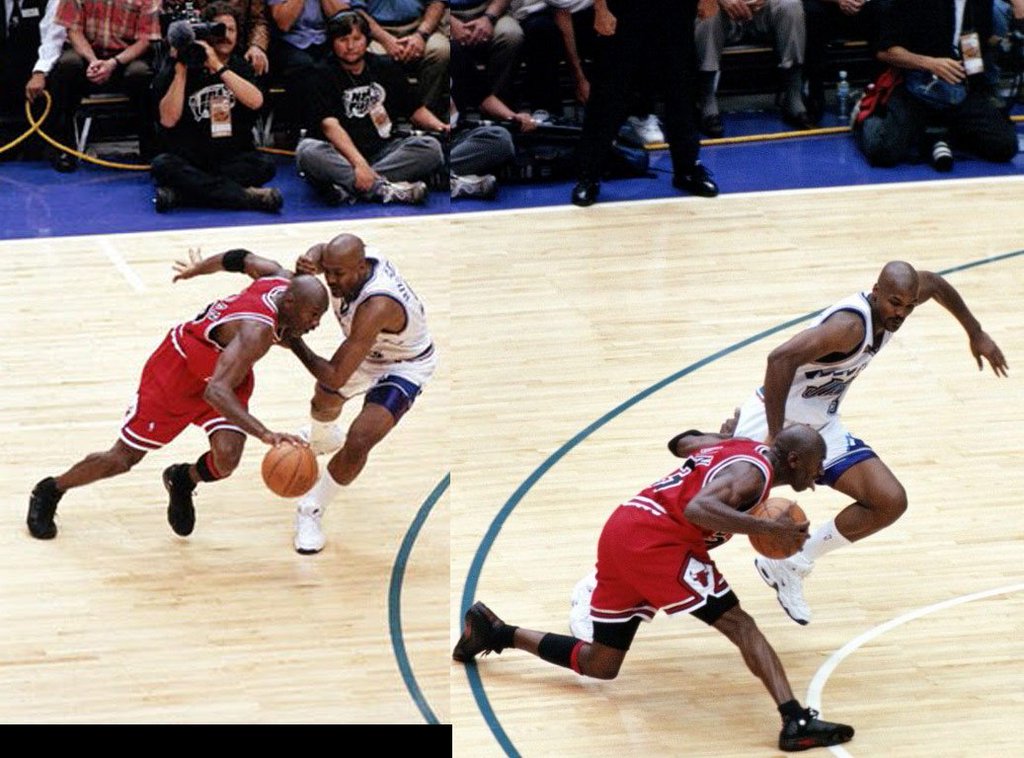