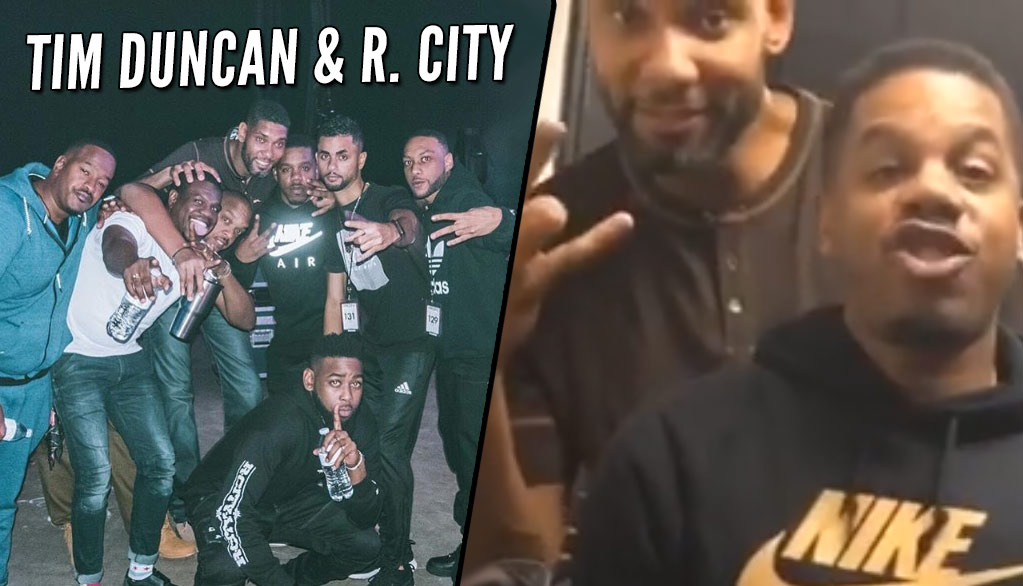 https://www.instagram.com/p/BJ8rkgrBLYX/ Outside of an amusing viral photo of Tim Duncan shopping at Old Navy, we haven’t seen or heard much from the GOAT PF since his ...(Read more)

Outside of an amusing viral photo of Tim Duncan shopping at Old Navy, we haven’t seen or heard much from the GOAT PF since his retirement; He even rejected a invite from the White House. But on Saturday, the Big Fundamental showed up to a Maroon 5 concert at the AT&T Center aka “the house that Tim Duncan built” to show some love for the rap group R. City. The “Locked Away” group members Theron and Tim Thomas, like Tim Duncan, are from the Virgin Islands and even have a song called “Tim Duncan.”

While backstage, Thomas dropped a freestyle about wanting to be like Duncan, while the 40-year old legend showed off his best b-boy moves.

The only thing that would have made this video better is if they panned over to Kobe Bryant and his crew before Missy Elliot started rapping about Sprite.

MORE PICS OF TIM AND TIM