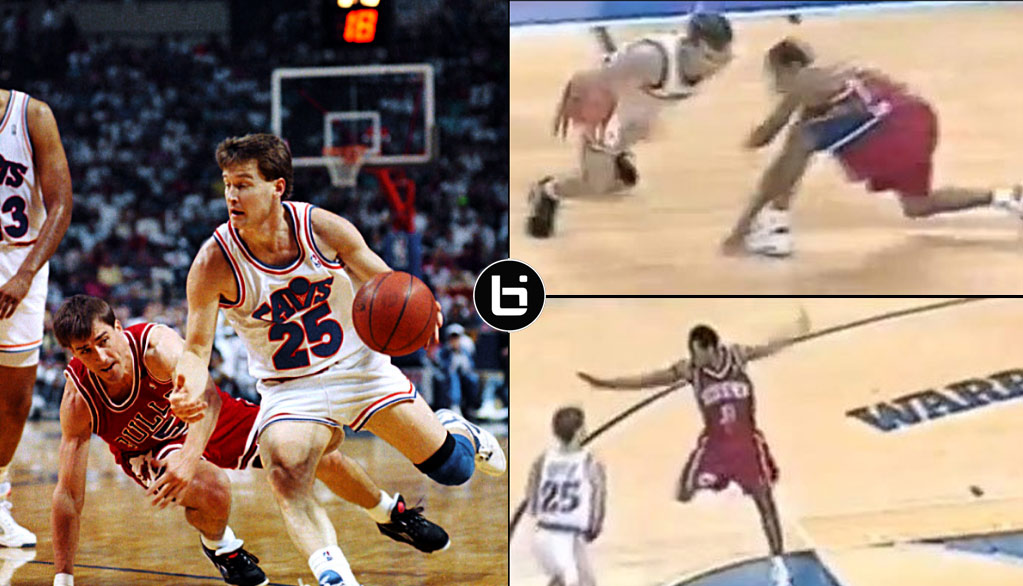 On a recent episode of ‘Open Court,’ 80’s point GOD Isiah Thomas said Mark Price had a run of a few years when he was one ...(Read more)

The Originator of Splitting The Defense, Mark Price, Schools A Rookie Allen Iverson

On a recent episode of ‘Open Court,’ 80’s point GOD Isiah Thomas said Mark Price had a run of a few years when he was one of the top point guards in the league — right below himself and Magic Johnson. Even with that type of love from veteran greats, Mark Price remains one of the most underrated guards in NBA history.

Like Penny Hardaway, his modest looking stats — with the exception of  his free throw and 3-point percentages — wont blow you away. But his stats don’t do any justice to his game and value. Unlike Penny Hardaway, he didn’t have the dunks and flair that many fans and endorsers wanted to see and playing with the Cavs in the early to mid 90s, he wasn’t going to get much TV exposure either. So it’s very likely when the king of flair, Allen Iverson, entered the league as the #1 pick, he didn’t have very many opportunities to see Mark Price play. But he learned during his rookie season that a near-retired Price on the Warriors still had some gas in the tank and tricks up his sleeves.