How many murders do you need until you are considered a serial killer?  I don’t know but I know DeAndre Jordan has committed enough crimes on defenders that he deserves some consideration for the label.

During last night’s 31 point massacre at MSG, DJ was a perfect 7 of 7 from the field with most of those field goals being vicious dunks. The most vicious of the bunch was on Jason Smith near the end of the first half that ended with a 63-33 score.

Unfortunately Jason Smith’s life wasn’t the only thing that ended last night, so did DJ’s streak of 19 games with 14+ boards. 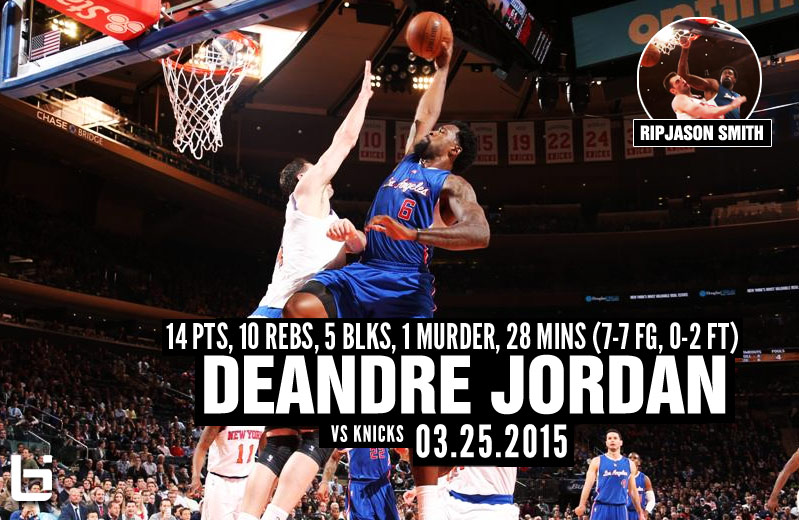