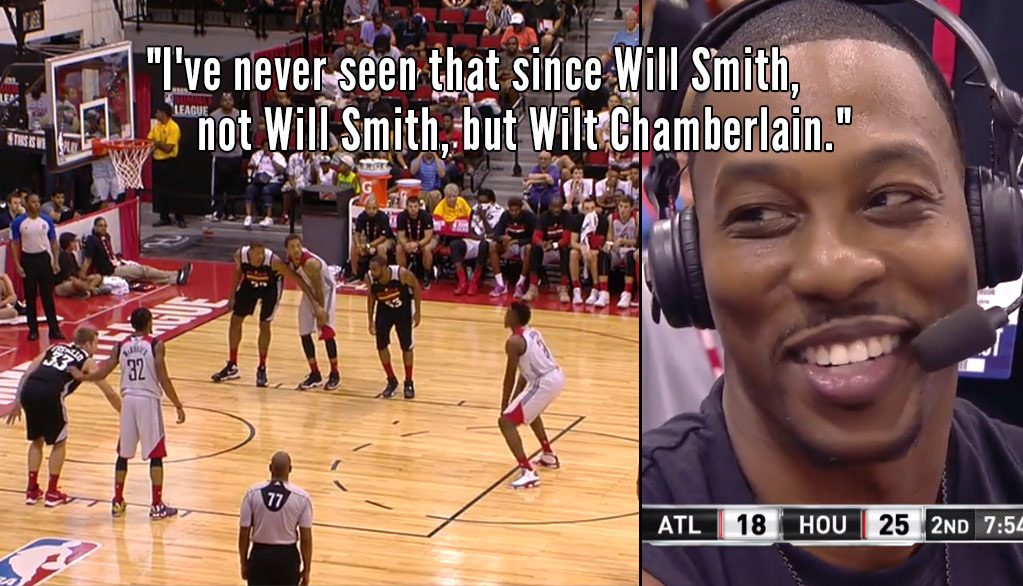 Wilt Chamberlain tried shooting underhand for a few games but then quit because he said “I felt like a sissy.” Shaq once said he rather shoot ...(Read more)

One player who isn’t “too cool” to shoot free throws the way Rick Barry did – at a success rate of .947 in his best season – is the Houston Rocket’s NBA rookie Chinanu Onuaku.

“Oh wow,” Said as surprised Howard after watching Onuaku miss the first attempt while being interviewed.” That threw me off for a sec.

Onuaku made the 2nd but he’s just as bad as Dwight from the charity stripe so don’t be surprised to see Hack-A-Onuaku replace the Hack-A-Howard in Houston.

"Check it out, Dwight!" a fan yelled as Chinanu Onuaku shot an underhanded free throw while Dwight Howard conducted an interview courtside.