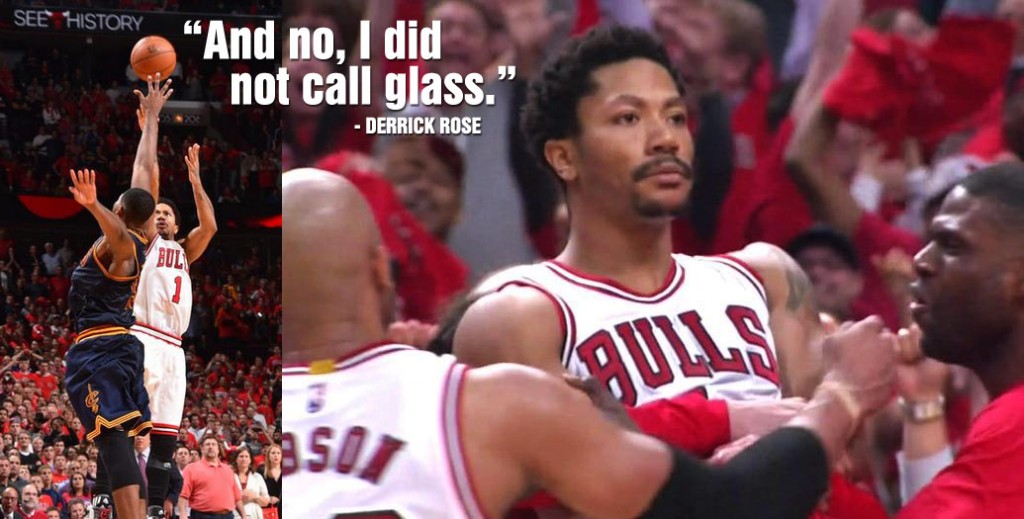 “I’m just thankful and grateful that my teammates gave me the ball,” said Derrick Rose after the Bulls won GM3 on Friday night behind his 30 ...(Read more)

“I’m just thankful and grateful that my teammates gave me the ball,” said Derrick Rose after the Bulls won GM3 on Friday night behind his 30 points and lucky game-winning 3. “They believed in me down the stretch. They kept getting me the ball, kept encouraging me to play the way that I usually play. And no, I did not call glass.”

We know but we all called, texted, tweeted and/or messaged everybody including our Moms two days before Mother’s Day to talk about the shot heard around the world.   Even the man Taj Gibson called the Michael Jordan of our generation had to tip his hat to the former MVP and his dagger.

“You follow the game plan, they make a shot, you live with it,” said LeBron James. “It’s when you make mistakes during the game plan, those would be the ones that are hard to live with. I know it’s easy for me to say that. The shot was not made on me. The guy took a tough shot. Tip your hat to him.”

You can read what other NBA players and the Internet had to say about the shot after the full highlights mix below.