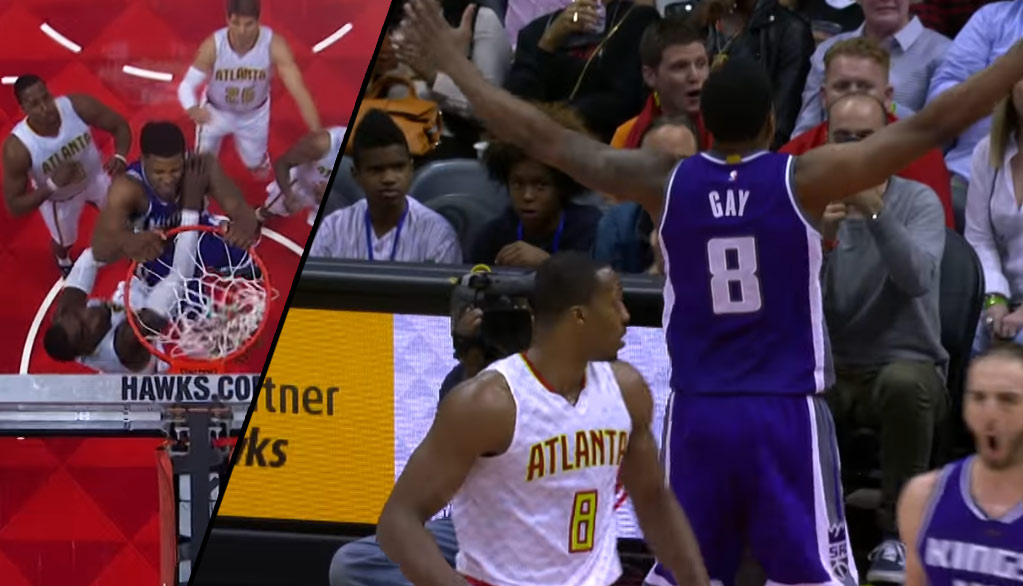 Rudy Gay throws down a monster and-1 dunk on Paul Milsap for 2 of his 22 points and 2 of the Kings 37 3rd quarter points for the Kings. After the dunk, one of the commentators said it was an example of when Gay first came into the league and was a very explosive leaper. I will agree he had more explosive dunks during his first few years but he never stopped throwing down dunks like his dunk on Milsap – just ask Ibaka and Patrick Beverley.

With that said, Gay was pretty vicious when he first came into the league, starting with this Summer League dunk on Yi Jianlian.