Against the Rockets, Rudy Gay filled up the stat sheet with 17 points, 13 rebounds, 6 steals, 3 assists and 2 3-pointers. He also had the dunk of the night when he put Patrick Beverley on a poster in the final minutes of the Kings victory.

Gay has had quite a few impressive dunks against the team that drafted him. Here’s his best one which came courtesy of Luis Scola in 2007. 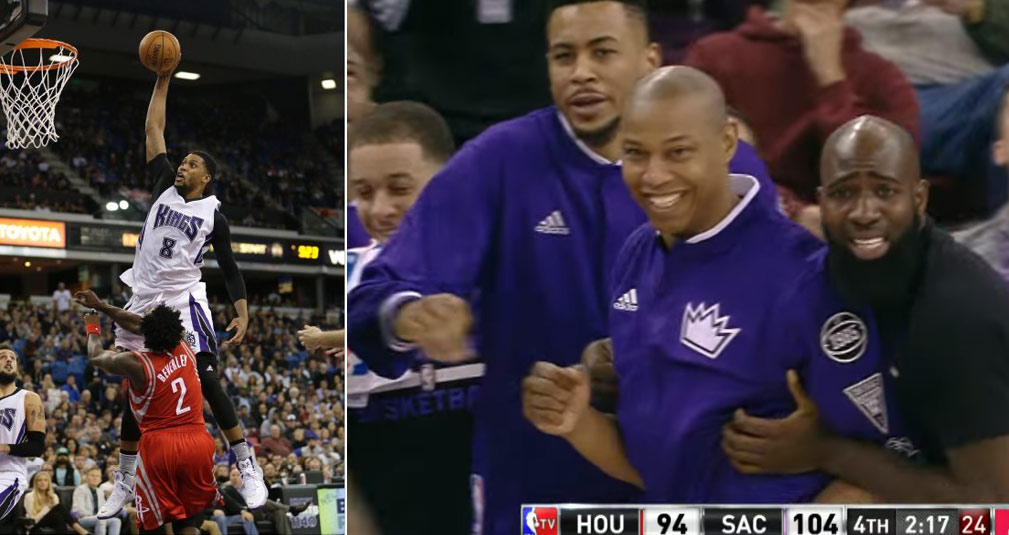