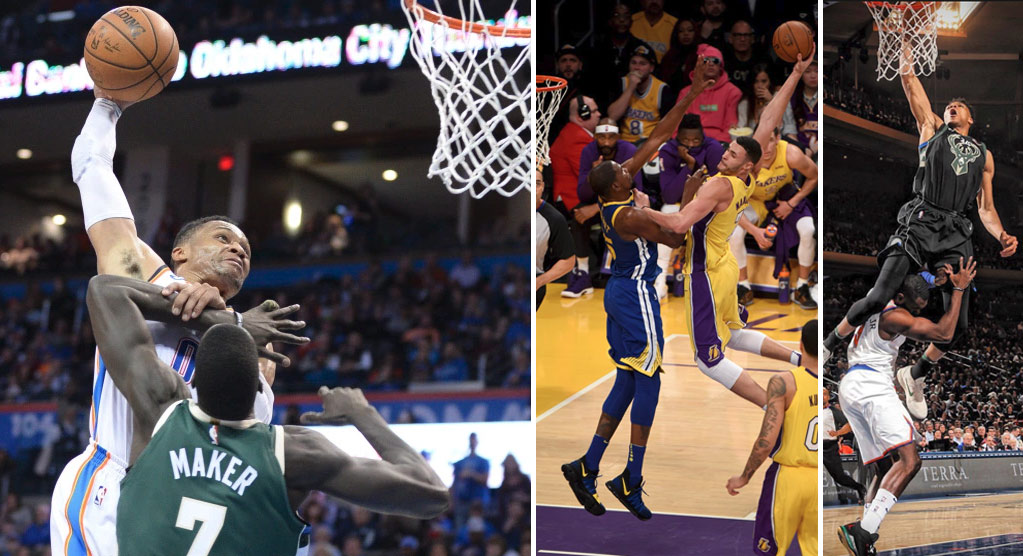 The 2017/18 season had it’s share of great dunks: Larry Nance Jr adding Kevin Durant to his Warriors’ poster collection, season 15 LeBron putting Jusuf Nurkic in a casket, (true) Rookie Of The Year Donovan Mitchell with a nasty putback between fellow rookies Lonzo Ball and Kyle Kuzma, and Giannis doing his best Vince Carter impersonation by jumping over Tim Hardaway Jr to throw down the alley-oop of the year. All of those dunks were featured in the NBA’s Top 10 Dunks of the 2018 regular season.

Missing from the compilation video was Giannis’ teammate, Thon Maker, being made into a poster by Russell Westbrook a day before New Year’s eve.

Are you really going to tell me Dwight Howard dunking on Muscala was better than this dunk?

Just as good as the facial was Russell Westbrook’s post-game response to a reporter asking about it: “I do that, this what I do.”

THE BEST DUNK OF THE YEAR

If we included dunks from the playoffs, the dunk of the year would easily go to rookie Jayson Tatum, who posterized LeBron James six years after asking him for a follow on Twitter.

LeBron finally followed Jayson Tatum back! It only took 6 years.