It only took 22 minutes for Russell Westbrook to put up 13 points, 14 boards, 12 dimes and make history by becoming the first player with 17 triple-doubles in a season since Magic Johnson in 1989.

“It’s a great honor,” Westbrook said after his 7th tripe double without playing a 4th quarter. “Whenever you’re mentioned in the same sentence as Magic, it’s always great. That’s something you never take for granted.”

Westbrook now has 35 career triple doubles and trails only LeBron among active players. 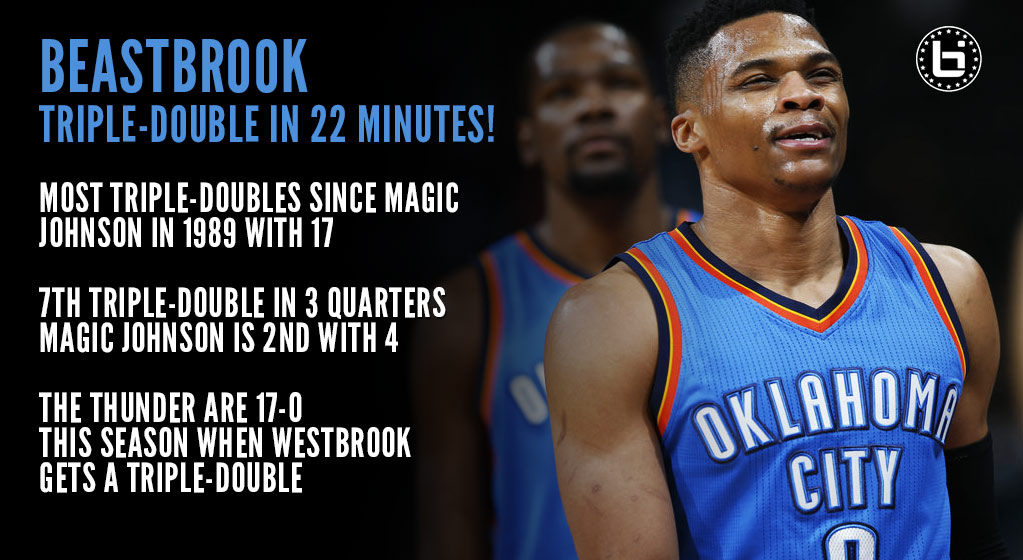