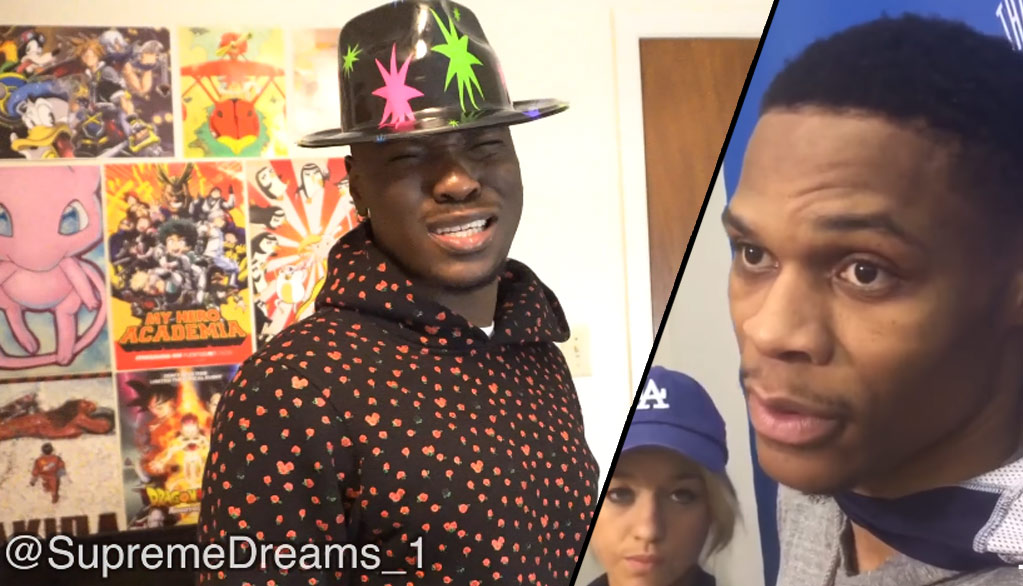 By now you have probably heard at least a hundred times (in the past hour) that Russell Westbrook was not voted a starter on the 2017 ...(Read more)

By now you have probably heard at least a hundred times (in the past hour) that Russell Westbrook was not voted a starter on the 2017 Western Conference All-Star team and Steph Curry was. During Friday’s practice, Westbrook was asked about the news and he calmly gave a “it is what it is” type answer and said he doesn’t play for All-Star votes, he plays for a championship.

Although I do believe he wasn’t heartbroken or angry by not being named the starter, I do want to believe his initial response was more like the following Supreme Dreams video and less like the video above.

Mark Phillips of Supreme Dreams wasn’t the only shocked person on Twitter. Everybody from Westbrook’s teammate Enes Kanter to Charles Barkley to other players in the league, like Jeremy Lin, were like this…

Nobody deserves to start in the all star game over Russ.