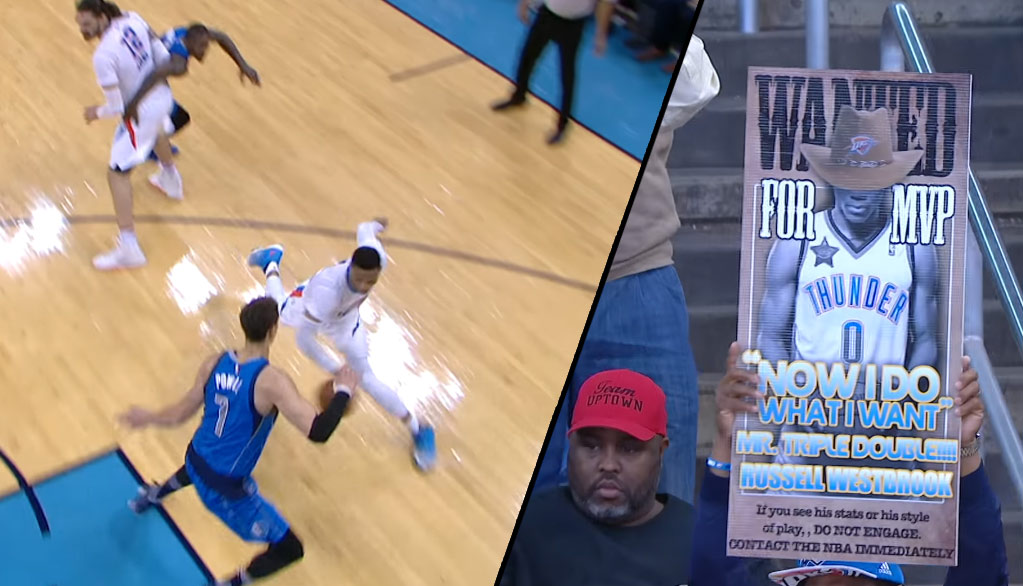 After erasing most of the Thunder’s 14-point lead in the fourth quartrer, the Dallas Mavs were only down by six with two minutes left in regulation. ...(Read more)

After erasing most of the Thunder’s 14-point lead in the fourth quartrer, the Dallas Mavs were only down by six with two minutes left in regulation. Then Westbrook hit a three to push the lead back to nine. Barnes responded with a two. Westbrook answered with a 21 footer. Barnes did the same. Then Westbrook hit Dwight Powell with a Shammgod move, passed the ball, got it back and hit another three over Harrison Barnes. Barnes tried to answer but came up short on a floater. Then Westbrook put the nail in the coffin by nailing his 4th and final three of the night and his 17th point in the quarter and 45th of the game.

Seconds later, the Thunder were celebrating a 109-98 victory and a very happy looking Russell Westbrook was clowning Charles Barkley about his fashion sense in the 90s during an amusing postgame interview.