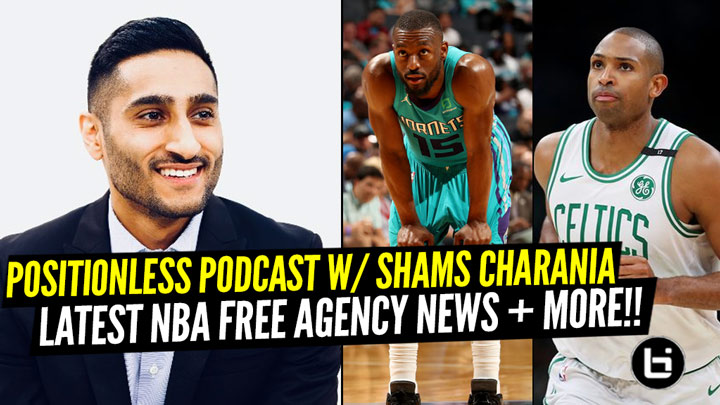 Within the past ten or so years, the NBA has turned into a year-round, 365 day, 24-7 sport. With the NBA Draft, season, summer league, free-agency, trade deadline, award shows, All-Star events and more, there’s never a day off. Take it from Shams Charania, one of the NBA’s brightest and youngest superstar reporters who writes for the Athletic and is an analyst for Stadium.

The former Yahoo Sports reporter has experienced lots of recent success on his new platforms including a live draft show with Stadium that had nearly 155,000 views on Twitter alone. The views, along with his long-form videos with players like Derrick Rose, have become big hits for the relatively new platform. Along with the draft show, Charania has a free-agency show (on Stadium) with former Kings assistant General Manager Brandon Williams for all the latest news and notes around the league.

“He talks a lot of sh–” — Dallas Mavericks young star @luka7doncic on franchise icon @swish41: “I know he’s going to stick around … Dallas is going to give him some job so he can stick around and help us get back where he was.” pic.twitter.com/l6EdYMJGRF

On Ball Is Life’s Positionless podcast hosted by Oliver Maroney, Charania came on to discuss the upcoming free-agent market, never-ending news-cycle, his new roles with Stadium and the Athletic, rumors and rumblings around the league and much more. In the show, Charania discussed his recent story on the Anthony Davis saga, New Orleans potential interest in Al Horford, Kristaps Porzingis’s extension, the Mavericks being “players” in free-agency, as well as the different reasons for players wanting to potentially move elsewhere.

Charania discussed the changes in the media landscape and his unique, innovative and unheard of move to both Stadium and The Athletic. His role around the league to continues to grow and his ability to formulate long-form, in-depth content while also breaking news and showcasing all facets of the league, gives the 25-year old an incredible leg-up on almost anyone in the industry. Tune into the episode for more details and to learn more about the man that delivers much of your NBA news before anyone else.