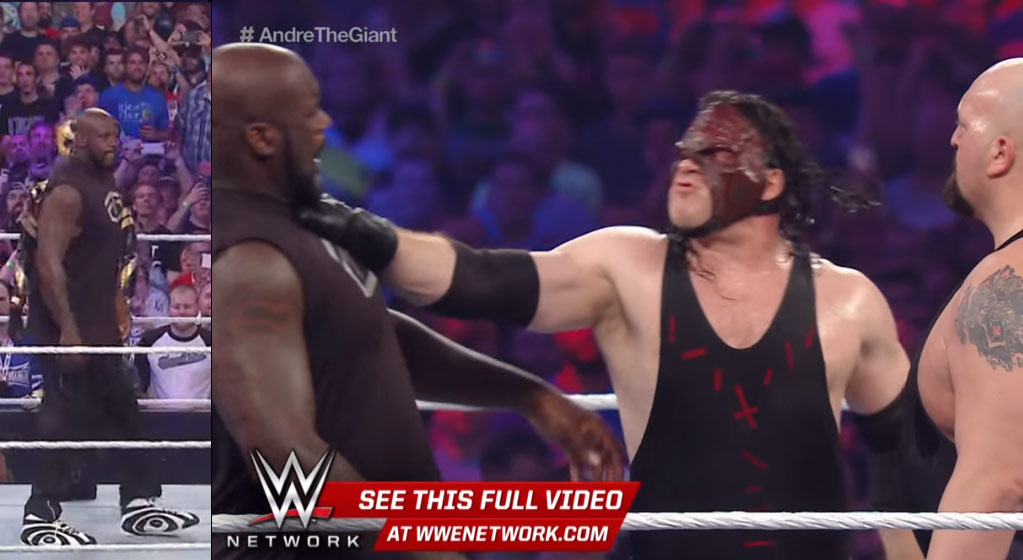 Shaq Got Choked While Wearing his Shaqnosis Sneakers at WrestleMania 32

Judging a high school dunk contest. Taking pics at Fan Fest at the George Brown Convention center. Shopping at the Galleria mall. Dunking on Terry Crews in a celebrity basketball game. Shaq has been the busiest man in Houston this weekend and it ended Sunday night with him making a surprise appearance at a WWE event in Arlington, Texas!

Just hours after coaching his team to a win in the Munch Mania game, he, along with his Shaqnosis sneakers, faced off against The Big Show in the Andre The Giant Memorial Battle Royal at WrestleMania 32.

Shaq didn’t get to fight The Big Show on Sunday but he did back in July of 2009 when he served as a special guess ref on WWE Raw.