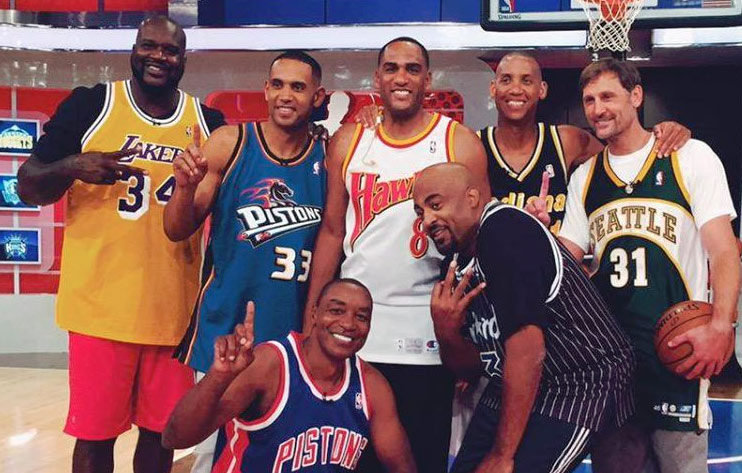 Brent Barry posted a pretty awesome photo on Wednesday of him and the rest of the NBATV crew wearing jerseys for a team they played for ...(Read more) 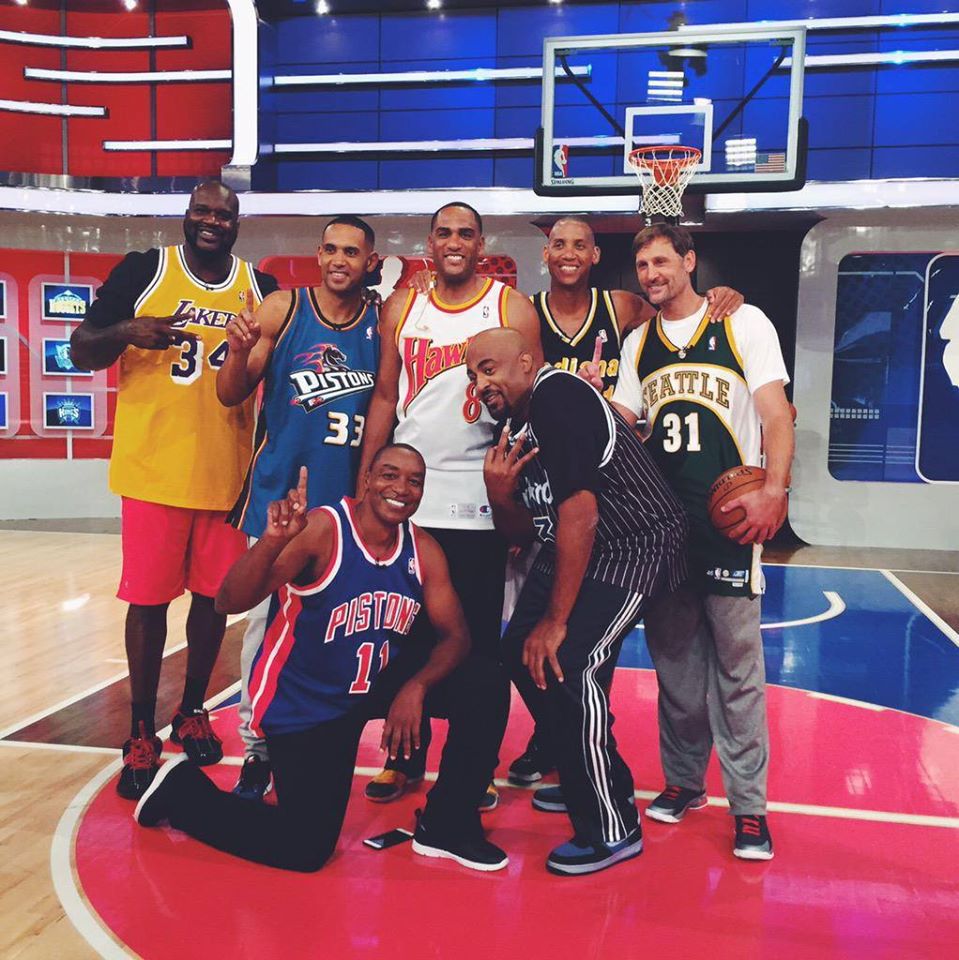 Brent Barry posted a pretty awesome photo on Wednesday of him and the rest of the NBATV crew wearing jerseys for a team they played for in the 90s. The Pistons were repped well by Isiah Thomas (why does he look the youngest when he’s the oldest) and Grant Hill and I was hoping to see Shaq in a Magic uniform since he and 3D Dennis Scott were such great friends and teammates during their time in Orlando.  I was also hoping to see Bones in his Clippers jersey since he won the dunk contest with the Clips but it’s also always great to see a Supersonics jersey.

So in honor of this pic and #ThrowbackThursday, let’s look back at some of the best plays by each player during their time with the team they were repping in this pic.

BRENT BARRY DOES THE C-WALK

DENNIS SCOTT 11 3-POINTERS VS THE HAWKS

ZEKE WINS A JUMPBALL AGAINST A 7 FOOTER