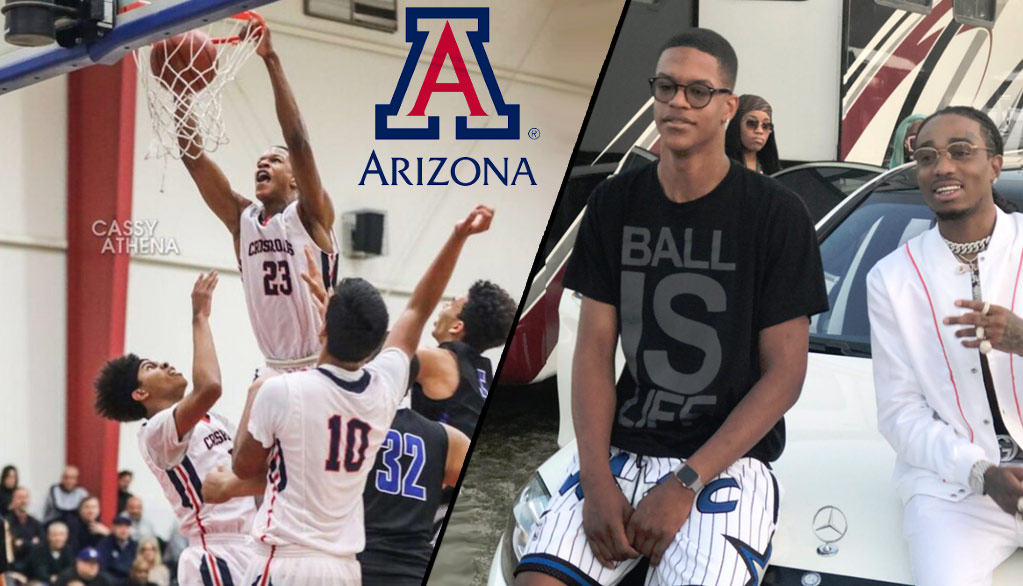 Nine years after Shaquille O’Neal was clearing benches and calling Chris Bosh the “RuPaul of Big Men” while playing with the Phoenix Suns, his son, Shareef O’Neal, ...(Read more)

Nine years after Shaquille O’Neal was clearing benches and calling Chris Bosh the “RuPaul of Big Men” while playing with the Phoenix Suns, his son, Shareef O’Neal, has committed to the University of Arizona.

Why would the 6’9 200 pound forward from Santa Monica choose Arizona over Kansas, local UCLA and USC or his Dad’s alma mater LSU?

“I’ve been to Arizona for an unofficial visit and the campus was great, the coaches treated us like family,” O’Neal told Rivals.com. “I know they let their bigs shoot and play the perimeter and that’s the kind of thing I like. My teammate Ira Lee is obviously going there, so he’s been talking to me about the program.”

Sounds like Arizona owes O’Neal’s AAU teammate and 2017 signee Ira Lee a few extra hall passes and dollars (just kidding) for the recruiting. And if Shareef can convince his new AAU teammate, 7’1 Bol Bol, to join him, Lee and recent five-star commit Emmanuel Akot, then the Wildcats are going to be one fun team to watch.