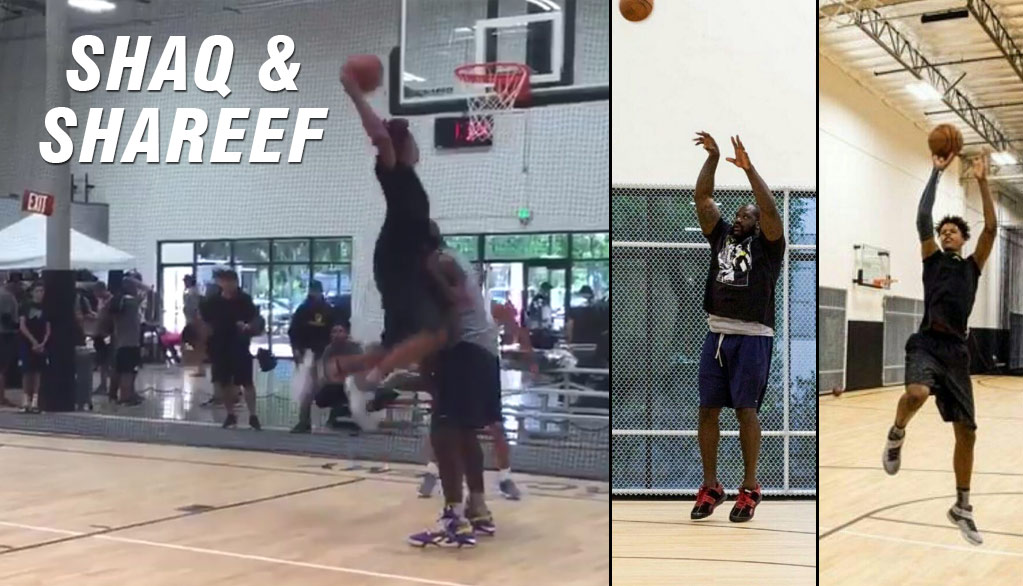 My dad teaching me how to dunk through contact .. pic.twitter.com/xYVxhCkBEe — Shareef O’Neal (@cynreef) July 13, 2016 As a proud father of two girls I ...(Read more)

Shareef O’Neal Got To Do Something Only “3” NBA Players Have Done: Dunk On Shaq!

My dad teaching me how to dunk through contact .. pic.twitter.com/xYVxhCkBEe

As a proud father of two girls I can tell you being a Dad requires you to do a lot of things you thought you would never do and let things happen to you, which were once considered unthinkable.  In Shaquille O’Neals’ case, that unthinkable is letting someone dunk on you – without throwing them to a ground or hitting them with a nasty elbow.

According to Shaq, he’s only been “dunked on” 3 times: Derrick Coleman, Tim Perry and Michael Jordan. In my book, that number is slightly higher, but out of the dunks he’s willing to admit to, only the one by Derrick Coleman, which happened early on in Shaq’s rookie season, was memorable.  Equally memorable is Shaq’s revenge against DC and the Nets for years to come. The next time they met in New Jersey, Shaq tore down the backboard – now that’s making them pay…literally. Then in their first meeting of the following season, Shaq put up a ridiculous 24 points 28 rebounds and 15 blocks (you read that stat line correctly).

Unlike DC, the dunker in the video above doesn’t have to worry about Shaq making his life a living hell every time they cross paths again because dunker “#4” is his 16 year old son Shareef O’Neal. And the reason why Shaq, wearing the same Shaq shoes he was wearing during his battles with DC and the Nets, got dunked on is because he told his son to so he could learn how to “dunk through traffic.”

So here’s a special shout out to all the Dad’s who let their kids put make-up on them, dress them up, cook them awful food or dunk on them.