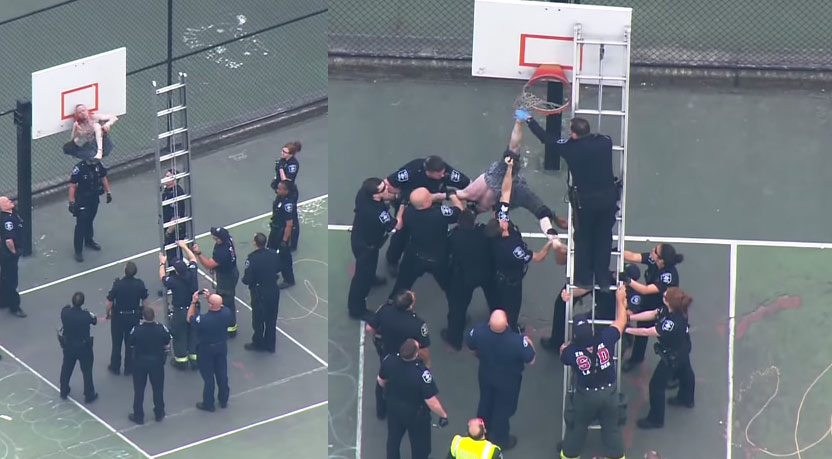 This idiot must have been watching too many Spyda clips from his And1 VHS tape collection. The last thing I care to see on my social ...(Read more)

Shirtless Hammer-Wielding Seattle Man Gets Stuck in a Basketball Hoop

This idiot must have been watching too many Spyda clips from his And1 VHS tape collection.

The last thing I care to see on my social media feeds is another video of police brutality but here’s one video where I was kind of hoping to see a guy get his a$$ beat by a bunch of cops. In Seattle, a shirtless-hammer-wielding man somehow got stuck in a hoop at Cal Anderson Park and it took a a dozen police officers, with a ladder, to get the guy down.

Shirtless man removed from Cal Anderson basketball hoop. He may be arrested for property destruction, or at least goal-tending.

The Seattle police, who have a pretty good sense of humor, thought about citing him but instead took him to a local Seattle hospital for a mental evaluation. I wonder if he will end up being a roommate with ex Sonic Robert Swift who was recently arrested for burglary and was living in a house full of animal feces, guns and a picture of Yao Ming. You see what happens to the good people in Seattle when they don’t have a basketball team!

Oh well, unfortunately outside of the Seattle Pro-Am, NBA basketball isn’t coming back to the city anytime soon but this post does gives me a good excuse to share this hilarious video of another guy getting stuck in the net after a dunk.

And this old tribute mix I made about the best rim hanger/swinger in NBA history. 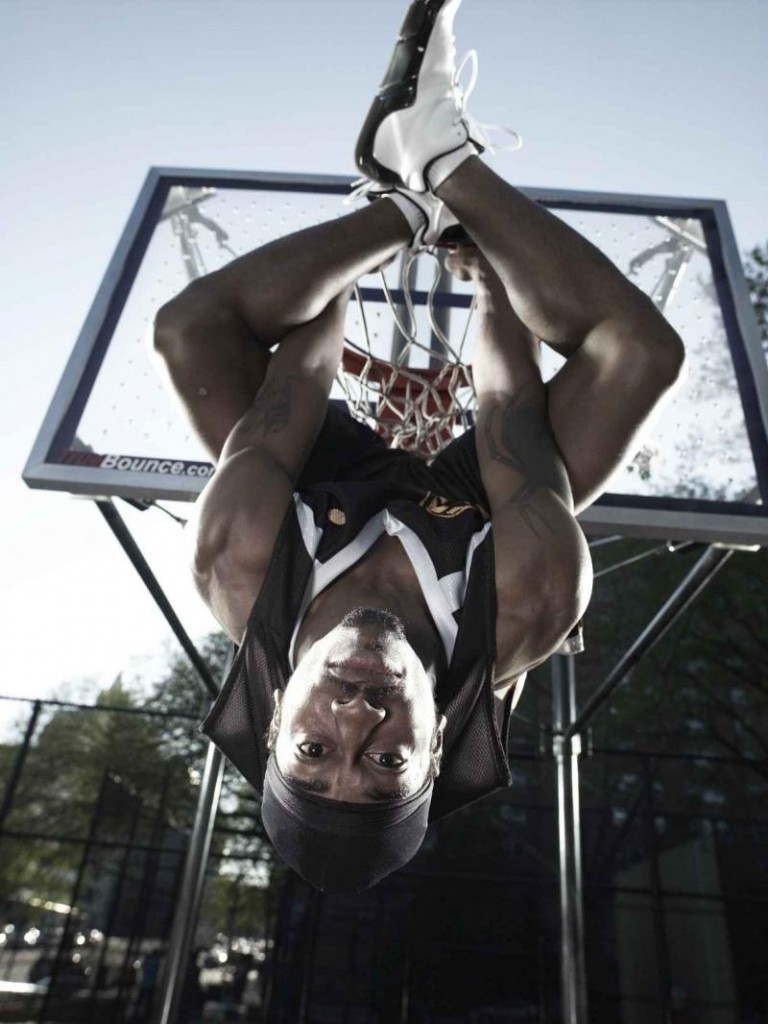 And 1’s Spyda and his trademark hang.