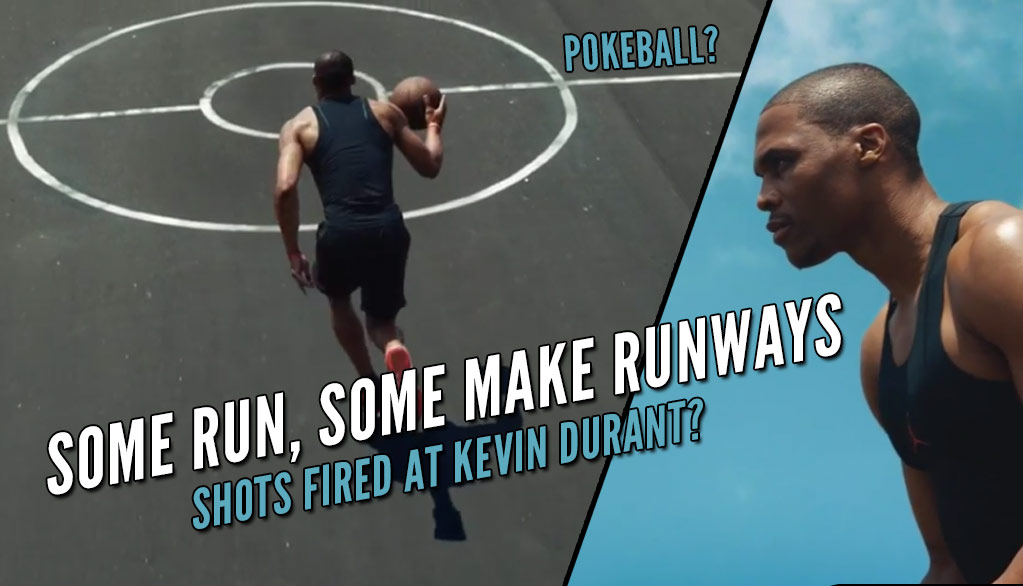 https://www.instagram.com/p/BJkz3KIAPwK/ Some run, some make runways. Am I wrong for thinking the Jordan Brand is trying to generate some buzz by taking shots at Kevin Durant ...(Read more)

Some run, some make runways.

Am I wrong for thinking the Jordan Brand is trying to generate some buzz by taking shots at Kevin Durant with that caption in this new Russell Westbrook ad?

Am I also wrong for thinking the Jordan Brand is trying to appeal to Pokemon fans by sticking a giant Pokemon ball on the runway?

I might be on both of those questions but I’m not wrong to think you are insane if you don’t draft Westbrook with the #1 pick in your Fantasy draft if you are lucky enough to have it.  Without KD, Beastbrook averaged 28 points, 7.1 rebounds and 8.4 assist a game. And last season, Beastbrook topped Magic Johnson’s 1988/89 season with 18 triple-doubles; I wouldn’t be surprised to see him beat that this upcoming season and do what the Big O did in 1961/62: Average a triple-double for an entire season.

I know that sounds crazy, but so does a Jordan Brand ad with Westbrook running past a Pokemon ball and taking flight in the sky while the narrator takes a shot at Kevin Durant, who has a deal with Nike reportedly worth around $300 million.