During the Knicks’ 14th consecutive loss and 7th in double figures, “fans” were seen with bags on their heads as they “cheered” for a Knicks starting five that only put up 26 points in the 24 point loss. One of the only highlights for the Knicks, who lost 11 straight to the Rockets, was Langston Galloway. Who! Langston Galloway man. You might know the undrafted 6’2 combo guard from the D-League.  How about from the Knicks summer league? Saint Joseph’s college where he actually played 4 years? Forget this.

You have no idea who he is but unlike the Knicks, he deserves some props. On the day he signed a 10 day contract with the Knicks, he made his NBA debut and scored 7 points and dished out 3 assists in 17 minutes and last night he came off the bench and put up 19 points and 3 assists and got up for 1 nasty putback dunk during a team-high 31 minutes.

“He is not afraid of being here,’’ Fisher said. “He feels he belongs. He did some good things in competing hard. It was just his presence and toughness that was impactful.’’

Good luck Langston and ignore these guys – they don’t have an issue with you. 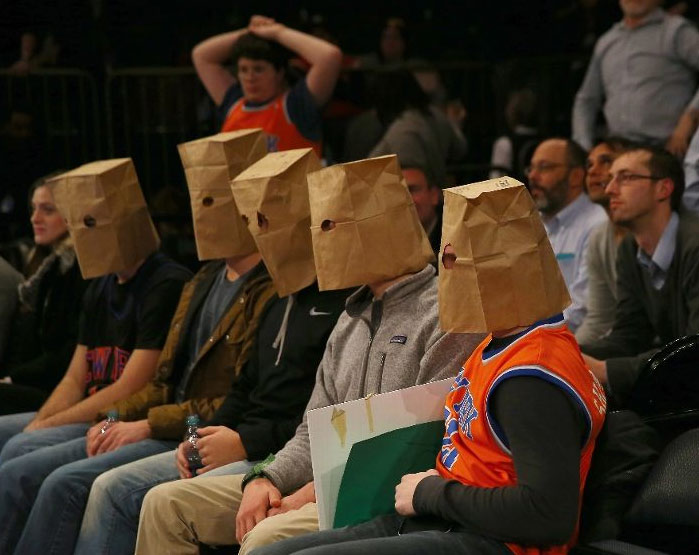