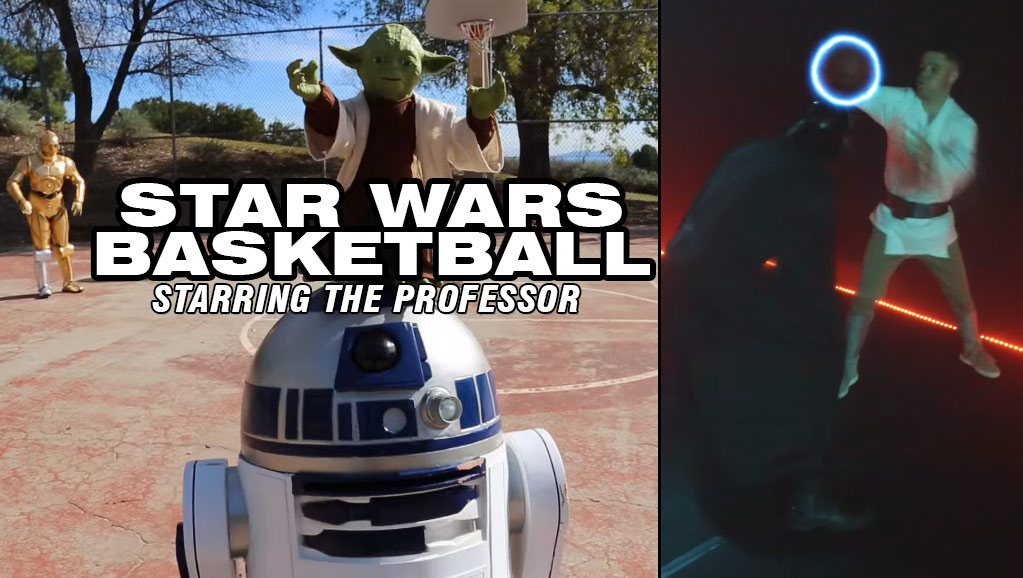 A decade ago, Ball Up’s Grayson Boucher bka The Professor became a streetball legend on the And1 tour. Then 2 years ago, he became an online ...(Read more)

A decade ago, Ball Up’s Grayson Boucher bka The Professor became a streetball legend on the And1 tour. Then 2 years ago, he became an online viral sensation with his ‘Spider-Man Basketball’ video, which now has almost 30 million views on YouTube and spawned a series that generated over 100 million views (the odds are unless your favorite player is Kobe or LeBron, The Professor has more YT views than your favorite NBA player).

Today, he’s back with another viral worthy video tackling another very popular franchise: Star Wars! I’m not going to give out any spoilers, but if you are familiar with ‘A New Hope’ and ‘Empire Strikes Back’ then i’m sure you will laugh at a few of the recreated scenes in ‘Star Wars Basketball.’

Now let’s just hope George Lucas and Lucas Films, who have sued everybody from President Reagan to Dr Dre, doesn’t come around with cease-and-desist letters.

If you were wondering how he’s going to be able to play basketball in a sequel, watch this video.