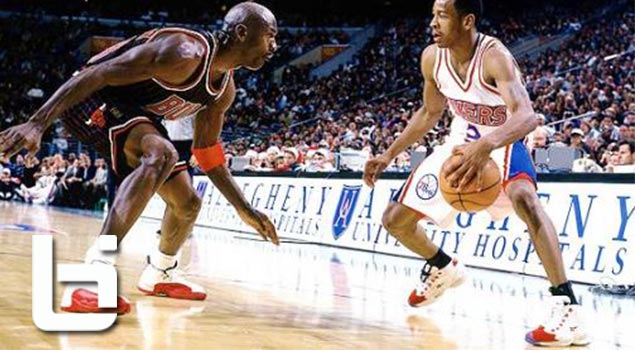 Every Thursday ‘Step Back’ will feature a shoe from the past, our little rendition of a throwback Thursday without the hashtag. Iverson. You’ve heard this name. ...(Read more)

Every Thursday ‘Step Back’ will feature a shoe from the past, our little rendition of a throwback Thursday without the hashtag. 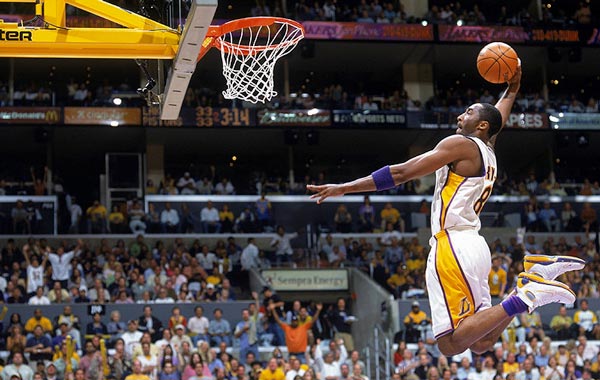 Iverson. You’ve heard this name. Over a million times perhaps. That name brought so much style to the game of basketball. Known for his shifty handles, explosive drives to the basket & wearing his heart on his sleeve, Iverson paved the way for the majority of guards in todays league and in basketball as a whole. He also single handedly changed the league dress code forever due to his individual style which was not appealing to league officials. On and off the court Iverson was an inspiration, whether he was taking over games with his craft & natural ability as a leader or just being himself in a post game interview, he was never afraid to speak his mind whenever & wherever. 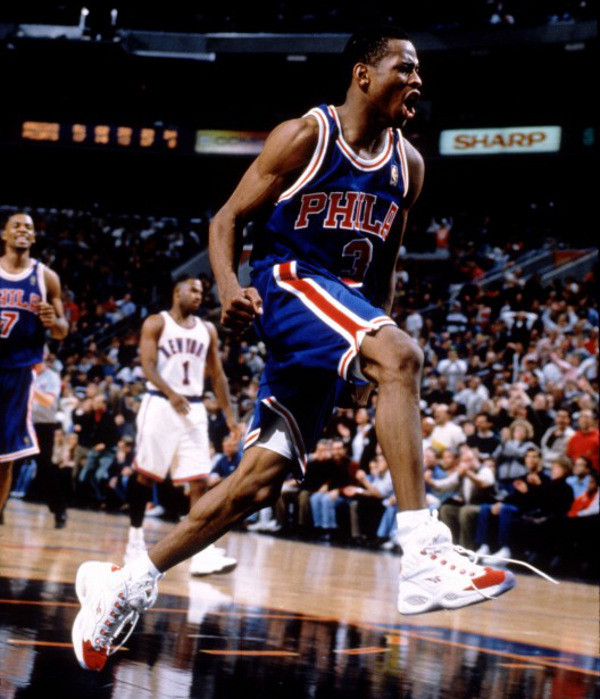 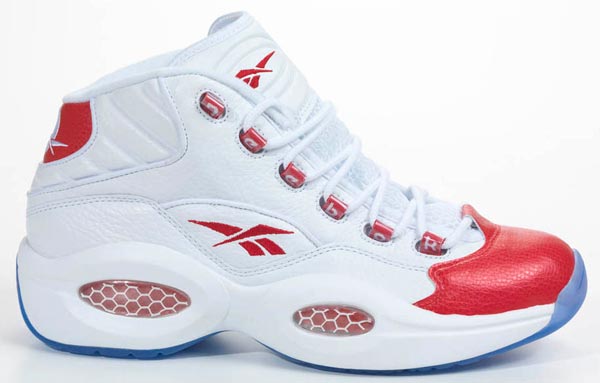 On the court the Questions showed style and grace. Hosting a white upper leather with hints of red throughout the shoe, mainly on the toe cap and lace panels. The midsole featured red like hive bubbles (aka Hexalite cushioning) while sitting atop a iced blue outsole. The ice blue outsole made the sneaker in my opinion. Casually visible on the sides, the smooth iced outsole crept up to the front of the sneaker right underneath the toe cap to be more visible. That was the icing on the cake.

The Reebok Question is definitely an iconic classic basketball shoe. Such a classic that some of todays players have worn the sneaker in their careers. Kobe was a draft mate of AI in the ’96 draft and the Mamba even wore a pair during his sneaker free agency. Other players such as Rondo laced a pair during his stint with Reebok, LeBron also received a PE version for the McDonalds All American game, and most recently John Wall donned a pair of Questions when he was still under Reebok. 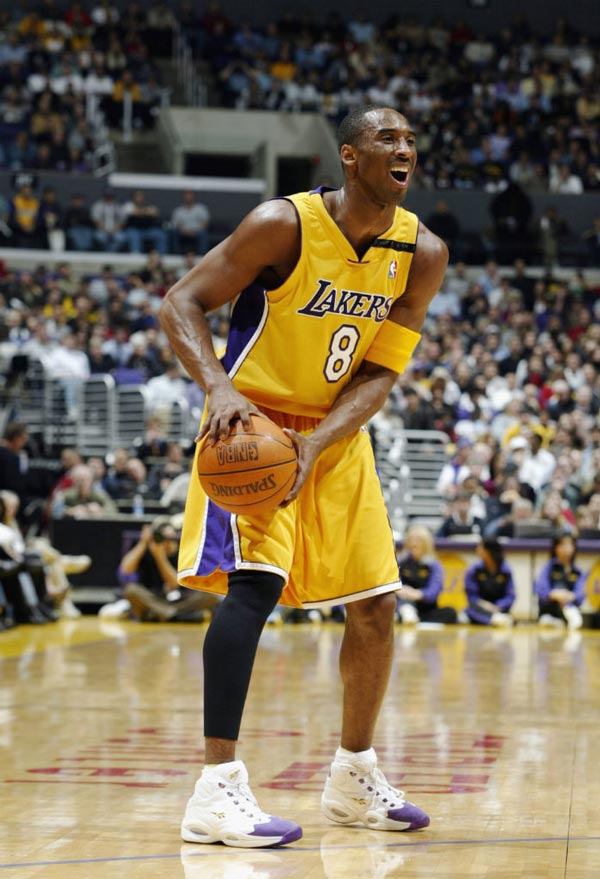 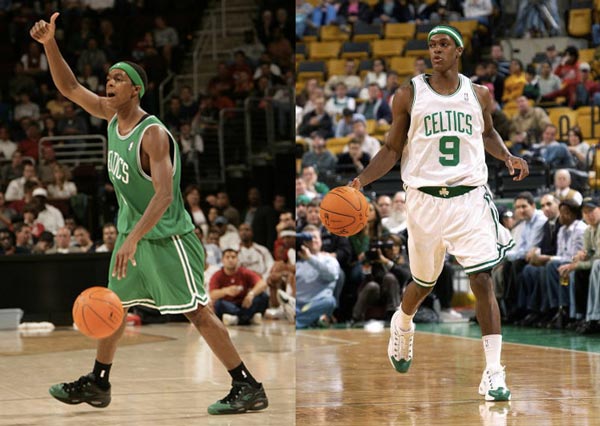 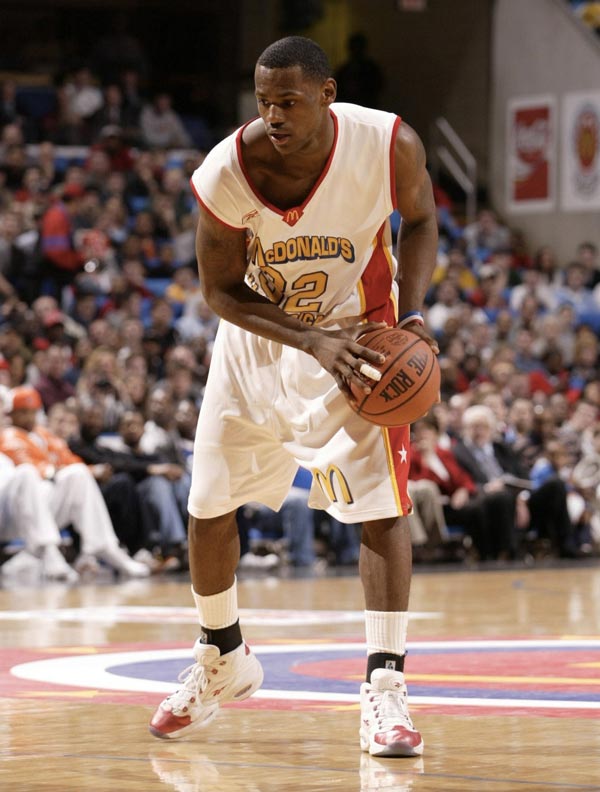 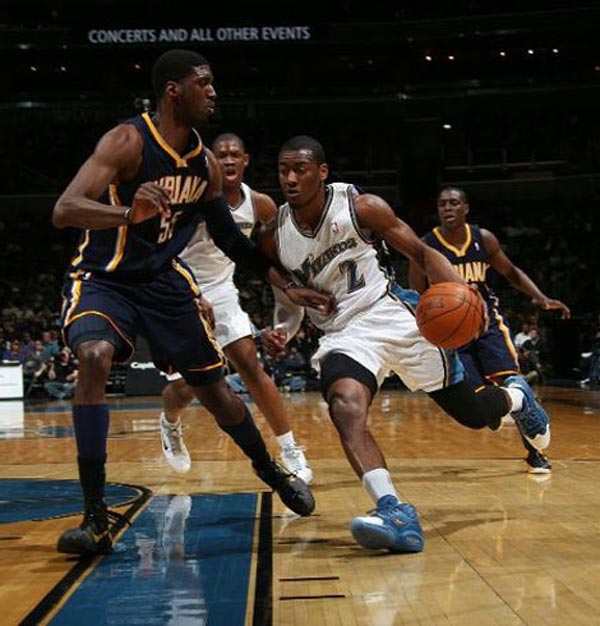 Designed by Scott Hewett, the Question’s design process was actually completed before Iverson even signed with Reebok. Luckily, when AI did sign with Reebok, they gave Iverson the reigns to the Questions. And the rest is history.

From there the sales of the Questions blew up. Consistently always selling out on every drop led to record breaking sales for Reebok. The Question alone is definitely one of the top designs ever in the history of company. That’s what made the UK brand such a powerhouse name back in the late 90’s & early 2000’s.

The Questions were consistently laced up for AI’s rookie year every game. There were few times when he would bring them back. When he did, you knew he was going to put on a show. Remember that 2001 All Star Game? Yeah, that game where he threw a lob to himself only to finish the oop with a reverse. Or how about receiving that terrible lob from Vince Carter to only catch the ball behind the board and still finish the oop? Can you guess which kicks he laced up? The Questions. Not only did AI lead a comeback win for the East, he dropped his last 15 of 25 points in the final nine minutes. All while wearing the Questions. Yeah, HISTORY. 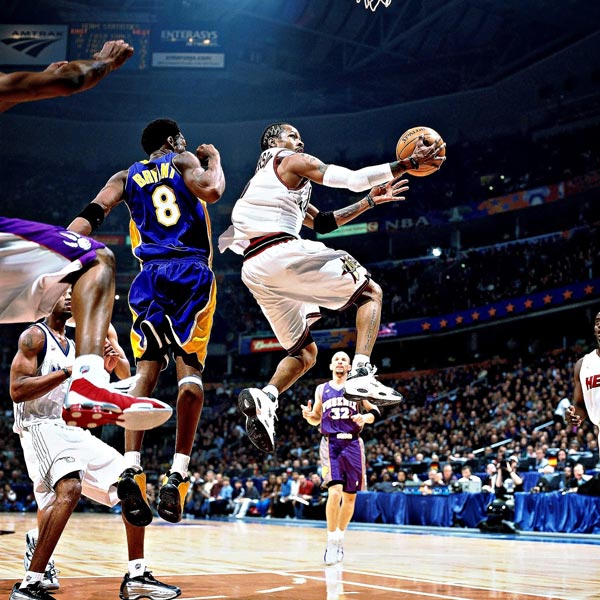 There was also the most iconic crossover of all time in the NBA, which featured Michael Jordan on the wrong end of the highlight reel… 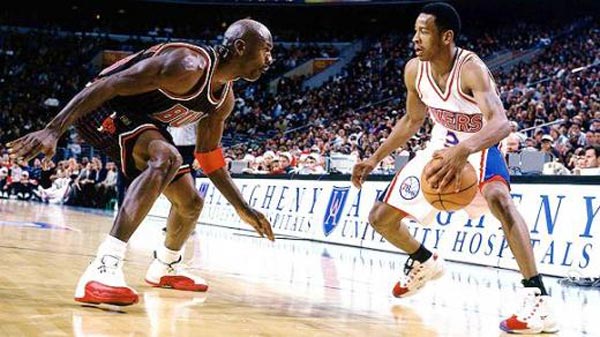 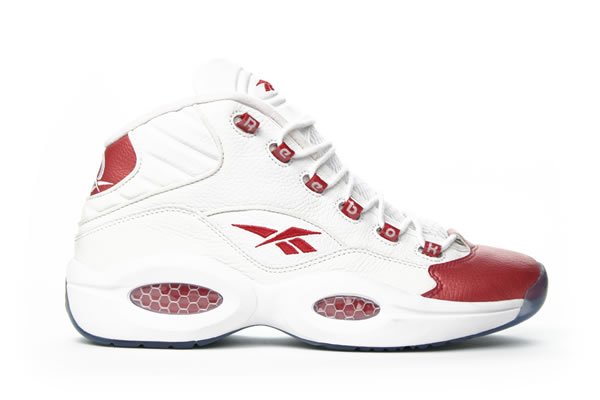 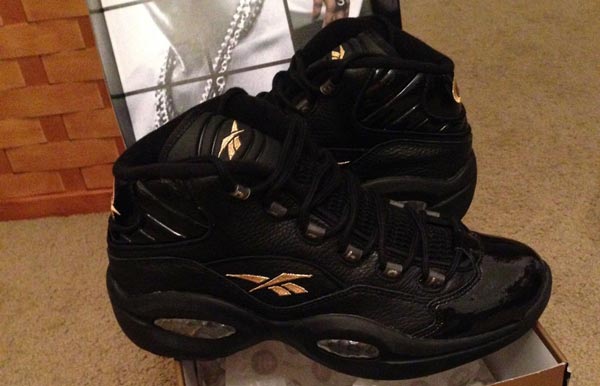 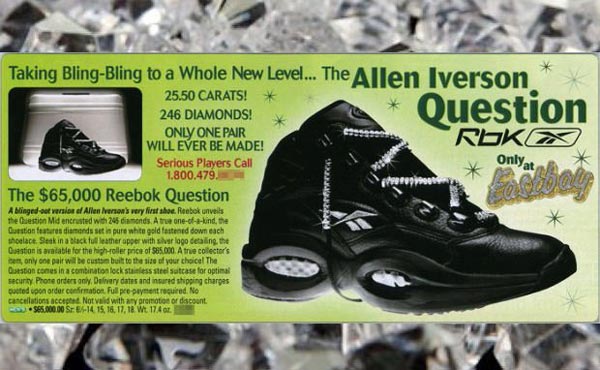 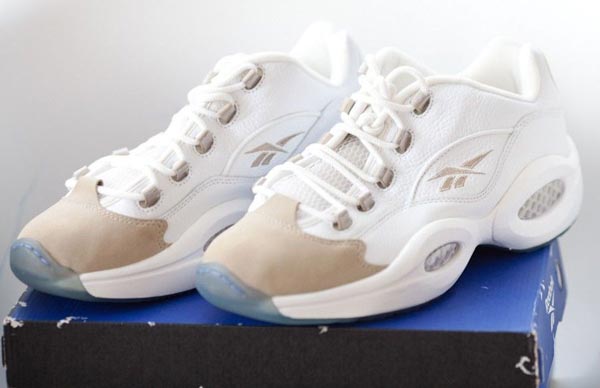 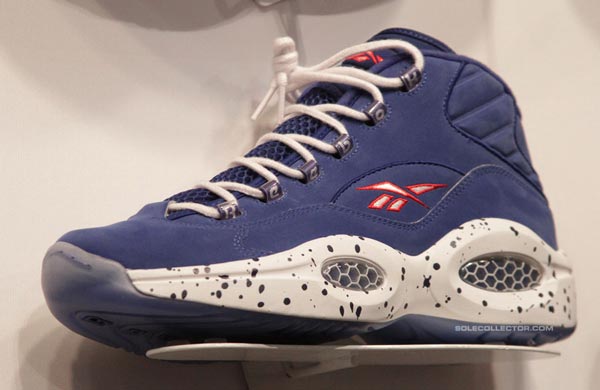 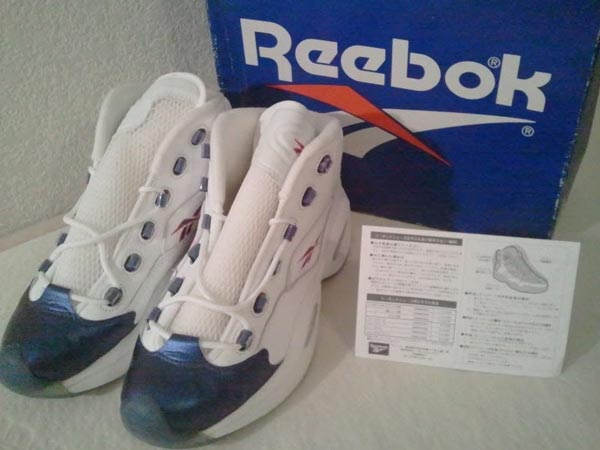 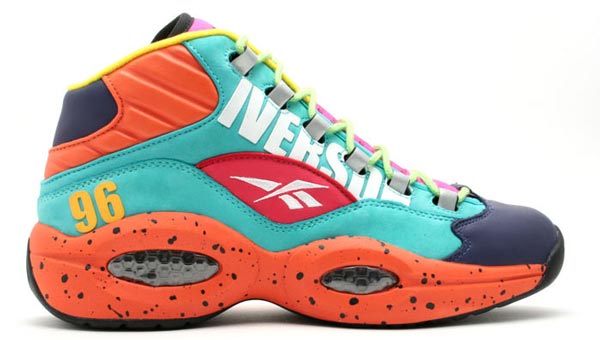 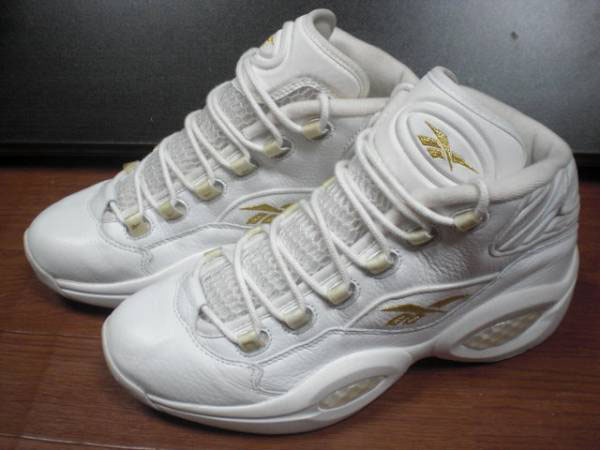 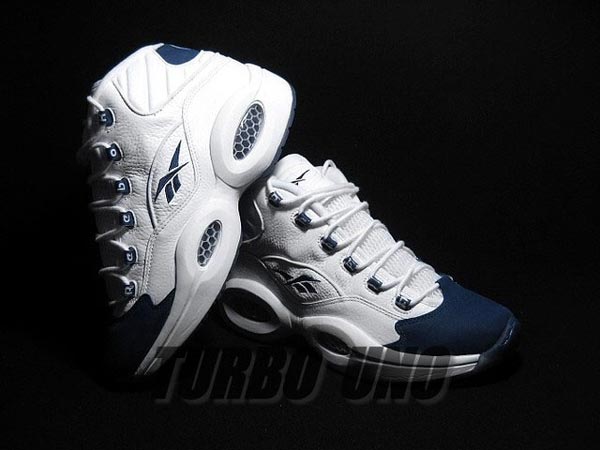 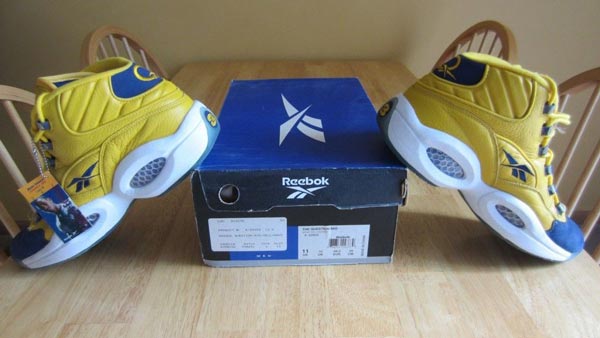 Celebrating 20 years of excellence & individuality, a salute to Iverson & the Reebok Questions truly one of a kind. 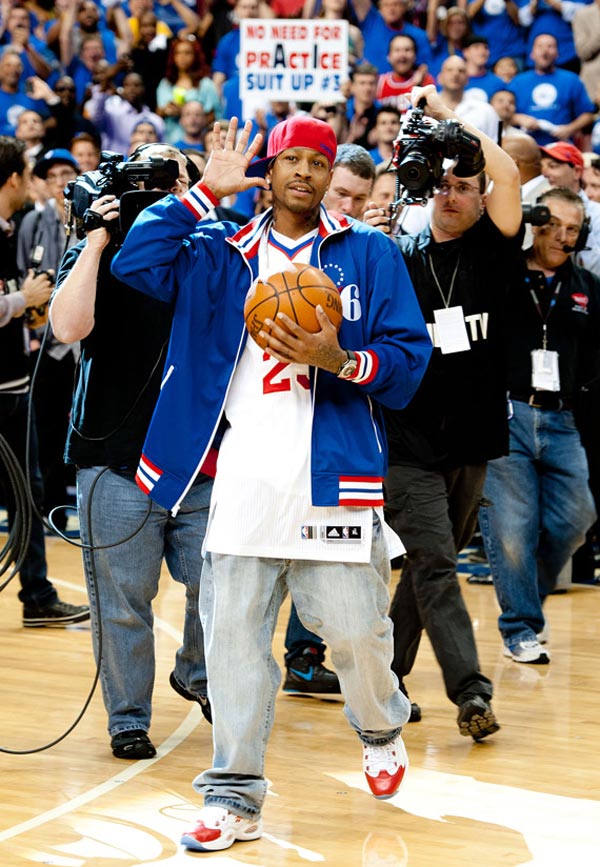