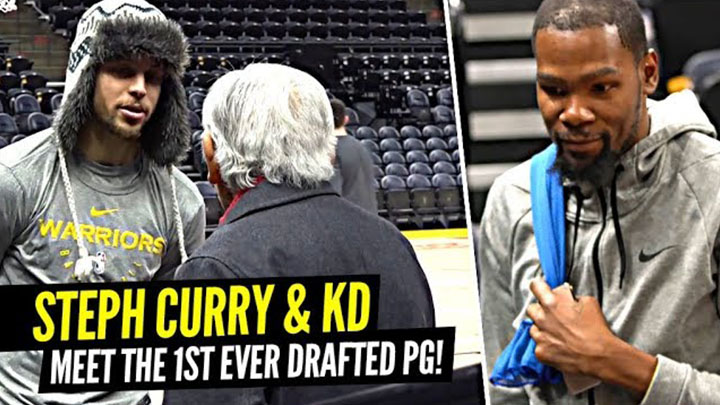 Steph and KD Meet the Japanese American Who Was the NBA’s FIRST Ever Point Guard!

To celebrate his 95th birthday, the Golden State Warriors welcomed Wat Misaka, the first non-white player picked during the inaugural pro basketball draft in 1947, into a shootaround this season at Vivint Smart Home Arena in Salt Lake City, near where he lives.
Click here to Read More

Wat met the player (Stephen Curry) and team that inspired him to watch the NBA again. Go inside Wat’s special day with Steph, Kevin Durant and the Warriors, and learn more about his legacy in the game.

For more exclusive features on NBA players off the court, check out CloseUp360.
http://CloseUp360.com and http://YouTube.com/CU360

If You Love Our Content, You’ll Love Our Brand, Shop With us:

Check Out Our Other Channels: