Before Monday’s game between the Warriors and Cavs, Chef Curry annoyed a few members of the Cavs by saying he hopes the their visitor’s locke room still smells like champagne.  Once the game started, he flat out had them frustrated as he went off for 14 points in the opening quarter. He only scored 5 in the 2nd but by then it was too late for the Cavs. They were down by 26 and gave up 70 in a half. 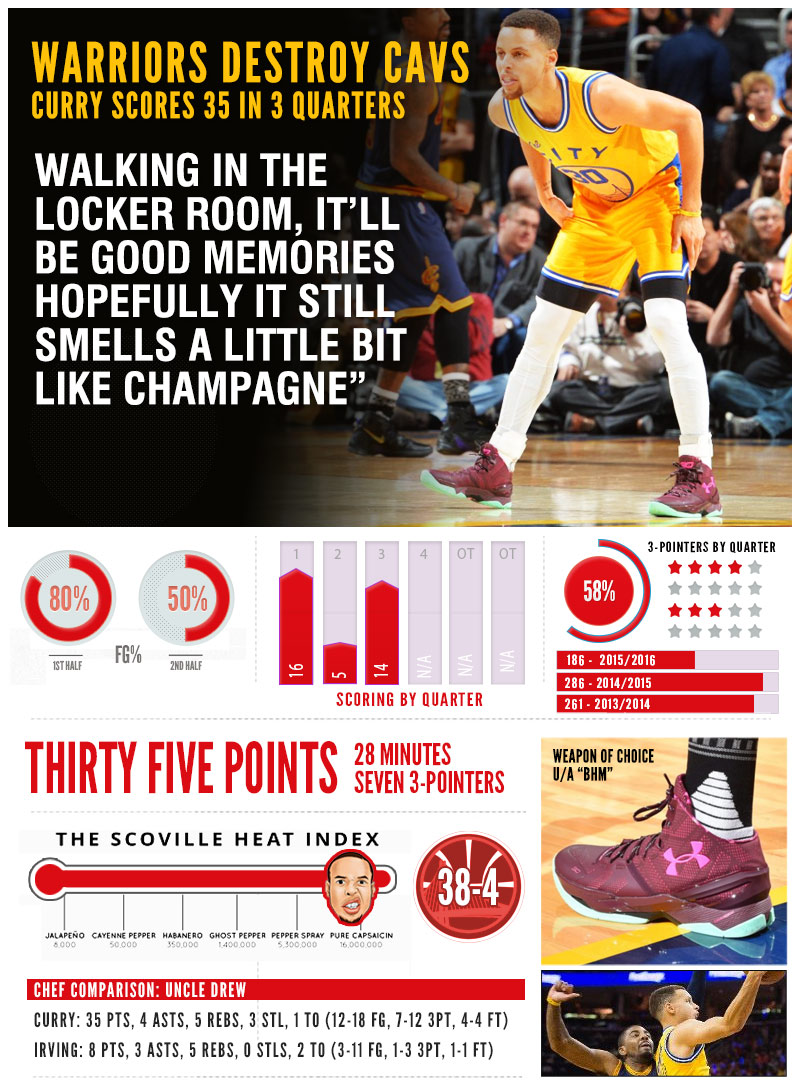