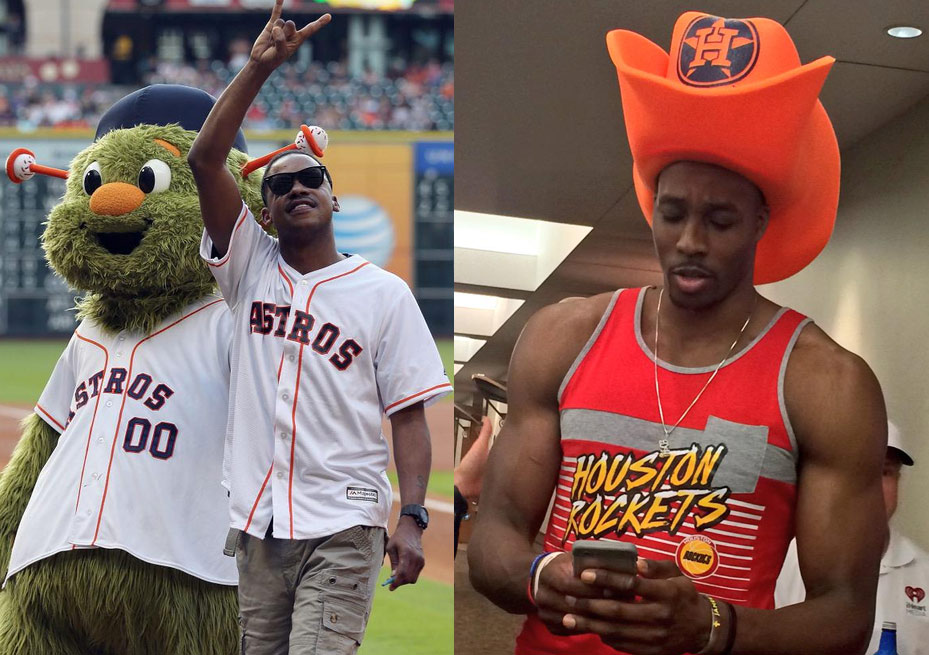 Your browser does not support iframes. It’s sad, really sad, to see one of my favorite players of all-time only appear in the news for bizarre ...(Read more)

It’s sad, really sad, to see one of my favorite players of all-time only appear in the news for bizarre and embarrassing things. The last time I talked about former Houston Rocket Steve Francis was back in March when he was dragged to the ground and had his chain snatched during a rap concert. Before that we had this sighting and then in 2013 there was the incident when Stephen Jackson turned into Dhalism on him.

On Tuesday, a much healthier looking Stevie Franchise appeared at the Houston Astros game against the Baltimore Orioles to throw the ceremonial first pitch.  The pitch was as bad as you expected it to be – not because it was Francis but because pitches by NBA players rarely turn out well (videos below).

But it was great to see the man who for a few years in the league was arguably the most exciting point guard in the NBA. Just thinking about the potential the former Magic/Rocket player had makes me shake my head…just like the potential of this former Magic player who was in attendance (nice hat!) for the baseball game.