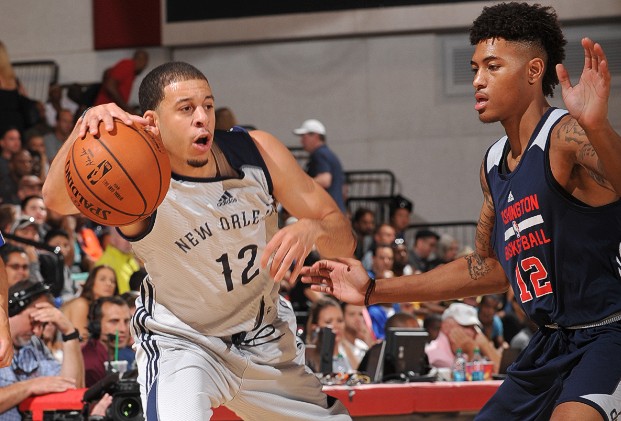 “When he has success, I feel like I have success too, because we grew up together,” Said Seth Curry about his brother Steph. “We work out ...(Read more)

“When he has success, I feel like I have success too, because we grew up together,” Said Seth Curry about his brother Steph. “We work out with each other, pushing each other. It’s good for me to see what he’s doing. I don’t really measure myself off of what he does. I try to maximize what I do.”

While Steph Curry was collecting one award after another at the Nickelodeon Kids’ Choice Sports Awards on Thursday, Seth Curry was proving once again that he deserves to be in the NBA. Curry scored a game-high 26 points (9 more than any other player in the game) on 12 of 21 shooting as the Pelicans beat rookie Kelly Oubre (10pts) and the Wizards by 16.

16 of the 26 points from the 2 x D-League All-Star came in the first half and he also had 6 rebounds and a game-high 4 steals.  Curry is leading the summer league in scoring with a 25.3 average.

“I feel like I’ve played well enough and I feel like I’m an NBA player,” said Curry. “It’s a little frustrating to not get the opportunity, but the only thing I can do is go out there like I’ve been doing and keep playing well and competing against guys who are already on NBA rosters and trying to outplay them and letting that take care of itself.”