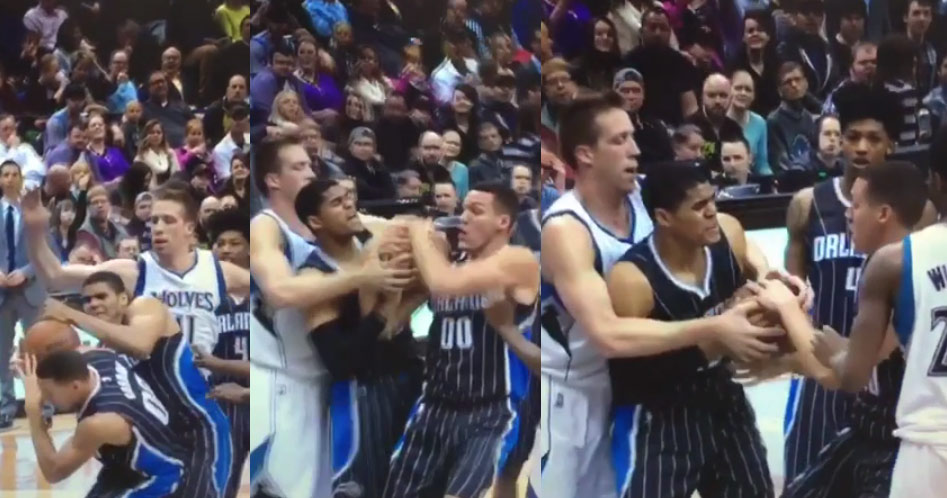 “Same team! Same team!” Those are the words you usually hear when you are playing a pick-up game and two teammates go for the same rebound. ...(Read more)

Those are the words you usually hear when you are playing a pick-up game and two teammates go for the same rebound. In most cases, the two teammates will realize it right away and one player will back off.  That wasn’t the case for Orlando Magic teammates Tobias Harris and Aaron Gordon who fought each other for a rebound on Friday night.

So who was more at fault?

I’m going to have to say Harris who continued to fight for the board after realizing it was Gordon he was fighting with. Then again, Harris was feeling like Rodman on this night with his highest rebound total (12) since November of last year and a season-high 8 offensive boards to go with his 25 points.

Gordon had 5 offensive boards of his own but him missing 7 of his 10 shots had a little to with that (having flashbacks of Moses Malone now).

In the end, it was all good with the Magic pulling out the victory and Nikola Vucevic laughing at both of them with his 17 rebounds and 37 points.