After the Texas A&M 92-88 double-OT comeback victory against Northern Iowa on Sunday, Alex Caruso wrote and underlined “Believe” on a locker room whiteboard.  As hard as it is to believe a team could comeback from a 12-point deficit in 33 seconds, we all remember Houston’s Tracy McGrady scoring an unbelievable 13 points in 33 seconds to single-handedly beat the Spurs back in 2004. So, it’s possible and it’s March, which means madness and Murphy’s law – a belief that if something can go wrong, it will – is common.

The wrong for Panthers was in the form of 4 turnovers which led to 6 field goals in the final 33 seconds of regulation; 6 field goals is also the number of field goals the Aggies made in the entire first half!

“Craziest game I’ve been a part of from beginning to end,” said Alex Caruso, who had a game-high 25 points. “Just an amazing game. This is what March is about.”

Somewhere, Devin Brown is feeling the Panthers’s pain and T-Mac is smiling. 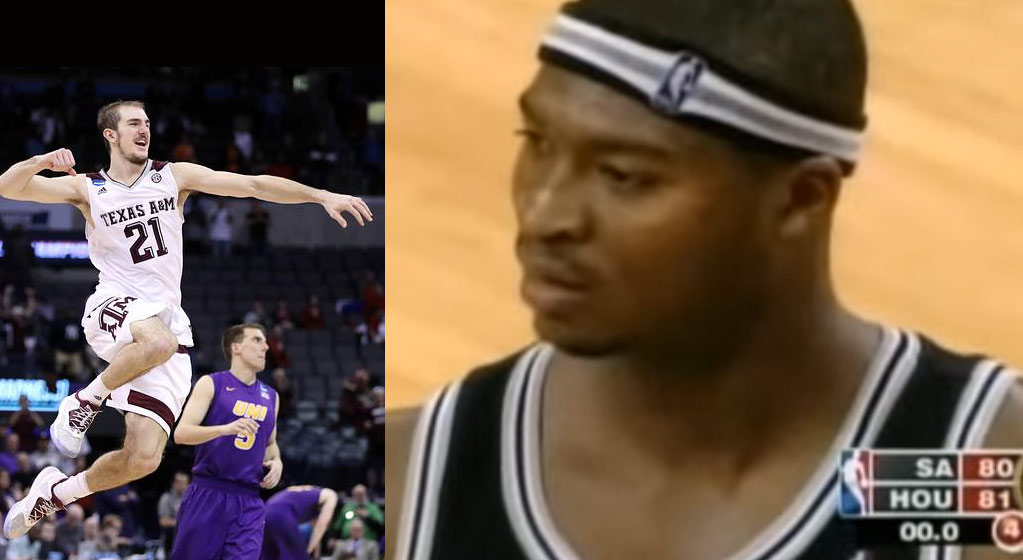