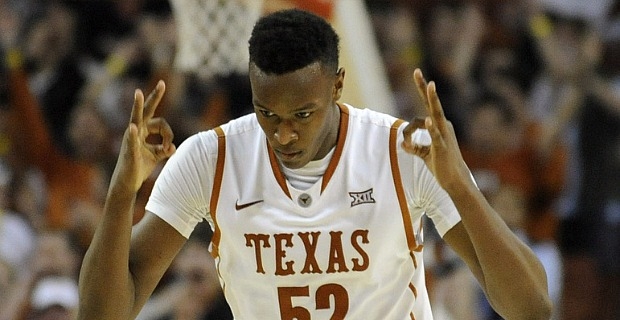 Myles Turner’s name on Twitter is @Original_Turner and the way he announced on Monday morning that he will be taking his talents to the NBA was pretty original – via a YouTube video and a tweet.

“I’ve decided to forgo my education and enter the 2015 NBA Draft,” Turner said. “I love the University and the atmosphere here, great education, great people, great basketball facilities. It’s given me everything I need to succeed.”

“It’s really hard to say goodbye, but this is a decision I had to make.”

The Big 12 Freshman of the Year averaged 10.1 points, 6.5 rebounds and 2.6 blocks for the Longhorns and is projected to be a lottery pick.

In the meantime, let’s take a look back at a few memories we have of Myles back in his high school days.